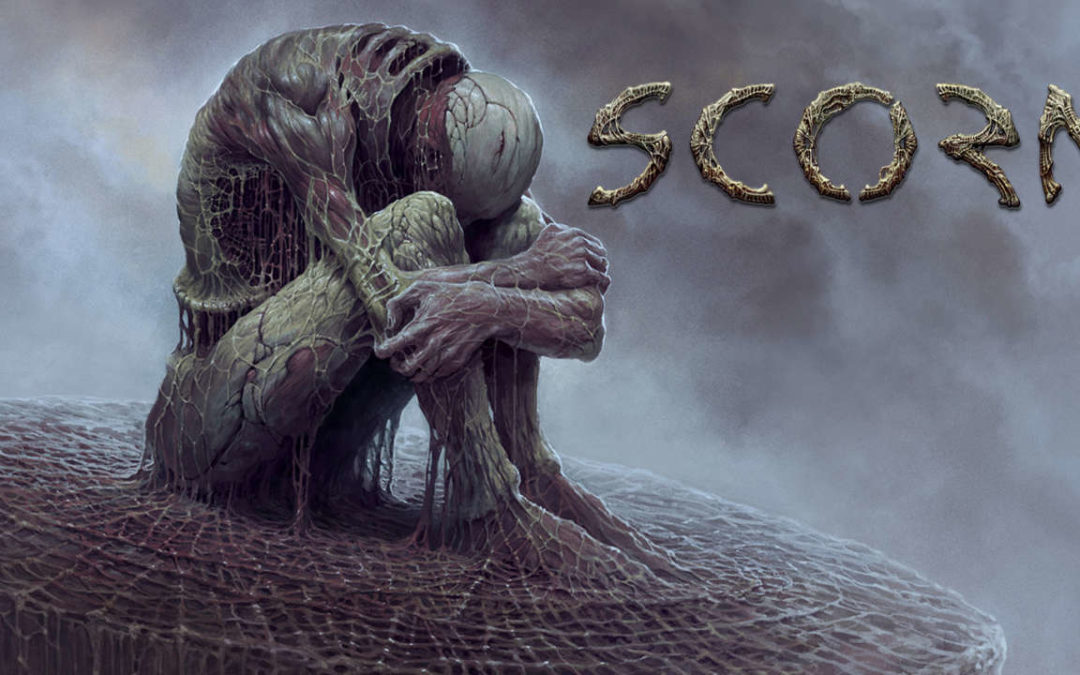 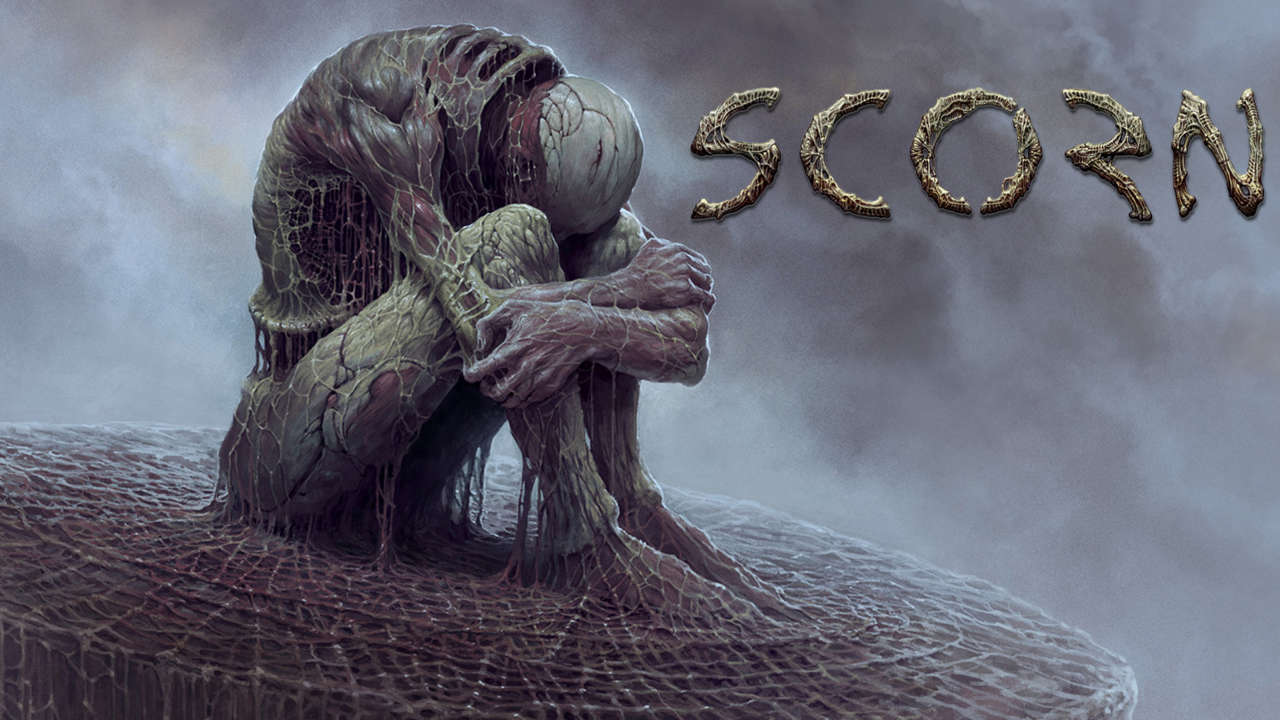 Scorn is an upcoming first-person shooter horror game, inspired by the macabre works of the legendary H.R. Giger. This game takes place in a disturbing world made of flesh and metal. Scorn is being developed by the Serbian indie game studio Ebb Software. Originally formed from a kickstarter campaign, Scorn is set to launch on PC this year. Right now it’s still in beta testing. I have been extremely excited to play this game ever since I heard about it two years ago. I was able to procure a demo for the game, so I wanted to give my initial impressions of my first play-through of the game.

Scorn throws you into the experience head first. You have in your arsenal a strange oval-shaped apparatus and a large shotgun. The apparatus acts like a key to open doors, and the shotgun is obviously your weapon. All you know is that you have to traverse a big fleshy underground cavern with branching paths, while you fight off groups of weird creatures. From what I know, the story in Scorn will be told through gameplay. However, the demo didn’t showcase any substantial story elements. I really enjoyed the atmosphere and aesthetic of the game. The environments look like they could move and pulsate at any moment. The main character you play as looks like an inside-out man, with exposed meat and organs. Even the gun you have looks like it’s made of living flesh.

Scorn has fairly simple controls for a first-person shooter. They are keyboard functions set to move, interact with objects, and aim your weapon. The developers have said that when the game is released, you will be able to fully customize keyboard bindings, but in this demo the controls are locked. Where I had the most trouble is with the difficulty of the game. Very early on in the demo, you are attacked by strange egg-sac creatures and all of them have the ability to one-hit-kill you. These are not slow monsters either, so they require you make fast movements. It’s a baffling choice to introduce them this way, considering how early in the demo you encounter such strong enemies. This was very difficult for me, and I suspect other disabled people with fine motor skill impairments will have trouble moving quickly to defend themselves. I don’t know if the developers have any intention of adding an easier difficulty to offset this, but I think it’s something they should look into. On the plus side, I’ve been told the finished game will have no audible dialogue in an attempt to make the game accessible to more people. There’s no need for subtitles, so gamers with hearing impairments should have no trouble playing.

I think there’s a lot to like about Scorn. There’s a dark foreboding atmosphere and the world you explore feels like a living, breathing monster. I’m always a fan of strange horror games, and I can’t wait to see what the full game will be like. The combat is a little difficult and I worry that gamers with fine motor skill impairments will have issues fighting enemies. However, a few tweaks to the difficulty could definitely fix this problem. Scorn will be releasing sometime this year on computer platforms. I look forward to seeing more creepy monsters in the full game, as well as updates to controls.