Accessibility Game Review – The Last of Us: Part II 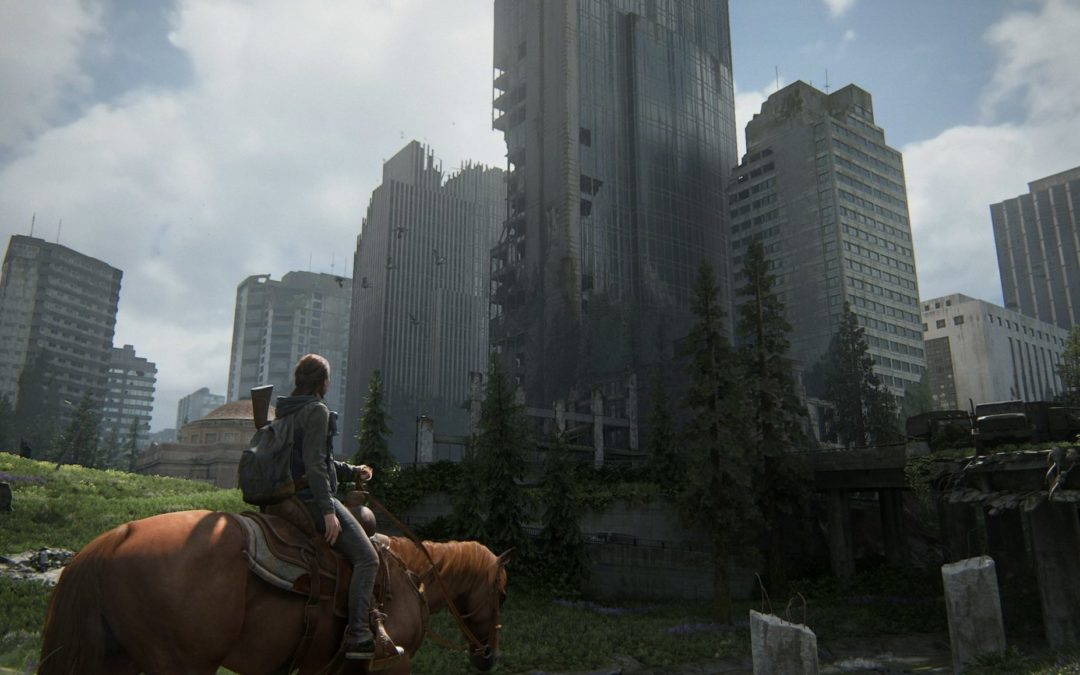 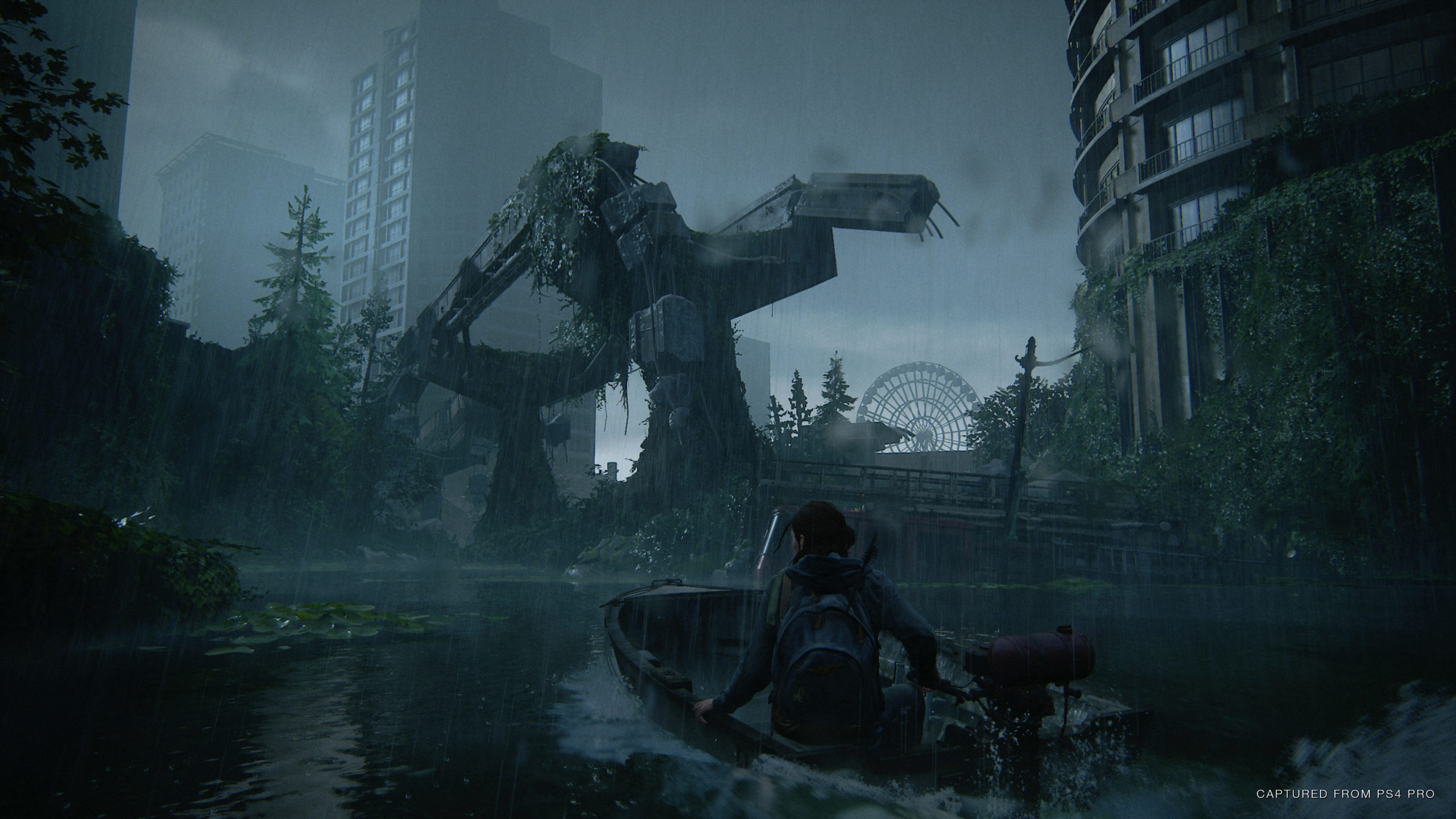 Disclaimer: Naughty Dog provided DAGERSystem with a code to play and review The Last of Us: Part II in time for its June 19, 2020 release date.

To say that The Last of Us Part II is the most anticipated game of the year is essentially fact. Naughty Dog’s crowning achievement has been meticulously crafted over almost seven years, and the company’s dedication to their craft pours from every aspect of the game. Naughty Dog’s sequel isn’t just a technical marvel and a masterclass in interactive storytelling, but like Uncharted: The Lost Legacy, it sets a new standard for accessibility. Set five years after the first game, the story centers on Ellie who seeks retribution after her relatively peaceful existence in Wyoming is shattered.

Gamers with fine-motor disabilities will find absolutely no barriers to speak of. Character and camera movement can be set to a single stick, so the player can manipulate the character with one hand if need be. Controls are fully remappable, rapid button presses can be changed to holds, and virtually every aspect of stealth and combat difficulty can be tweaked. Enemy visibility can be reduced, and aim-assist is responsive and places a large targeting diamond around enemies as long as a ranged weapon is equipped. The character’s aim will automatically snap to whatever has a diamond around it regardless of where the camera is pointing, and it works with scoped weapons as well. Additionally, an anti-flanking option in the combat accessibility menu prevents enemies from blind-siding you when turned on. There’s even an option that makes your grip completely unbreakable when using an enemy as a human shield. Your companions’ AI has also seen vast improvements from the first game. They are much better at preventing the player from being grabbed, and a quick tweak in the options is all it takes to make companions ungrabbable by enemies. Furthermore, Ellie will continuously melee if the button is held, and if the gun currently equipped runs dry, she’ll automatically switch to one with ammo, making gunfights fast and brutal and making the player feel like John Wick if they desire. Part II adds a dedicated jump button to help with minor platforming sections, and these are a breeze thanks to an optional feature called edge protection, which prevents Ellie from going over edges until the jump button is pressed. The auto-mantle feature makes her automatically vault over objects when running, allowing the player to focus on their destination as opposed to scrambling to find the jump button when under pressure in a scripted sequence. The game showcases Naughty Dog’s most open environments to date. Exploration is encouraged, often yielding great rewards and moments of character development you would otherwise miss. Returning to the story path is easy thanks to a feature in which pressing a button will point an arrow and the camera to the next story beat. This feature also applies to environmental puzzles, and checkpoints are abundant.

I’m happy to report that Naughty Dog’s sequel is also visually barrier free. To be frank, I have never seen a game with so many options for the visually disabled. There are settings available for colorblindness, and the sizes of HUD icons can be individually adjusted and include three different color palettes. There’s even has a high-contrast display that mutes certain colors to highlight allies, enemies, supplies to pick up, and interactive objects. As if all of this weren’t enough, subtitles have speaker tags for which color can be individually chosen by the player. The opacity of subtitle background can also be manually adjusted. Naughty Dog included a bright orange ‘X’ in the targeting reticle to indicate a fatal shot, and they’ve set a new visual accessibility precedent by being the first developer I know of to include a game-specific narrator feature that reads on-screen text back to blind players. The enemies’ field of view indicators are easily visible, and there’s an audible cue when you are in danger of being discovered. Damage indicators are bright, and they linger, so finding your attacker is no problem.

The game is equally barrier free for those with auditory disabilities. Strong visual cues like the in-game hint system’s directional arrow will benefit those who cannot hear auditory cues. There’s also an option to be alerted when your character is near a ledge, which causes the controller to rumble in addition to the audible alert. Combat is just as accessible for hard-of-hearing player because every facet has visual representation. Indicators point to nearby enemies whether you’re in stealth or combat, and even as bullets fly, markers that point to the shooter linger and are bright. Since aim-assist puts a diamond around attackers, identification is a breeze even without directional audio, effectively ensuring the game is completely accessible to the hard-of-hearing.

Sony and Naughty Dog have created something truly special with The Last of Us: Part II. Because of the self-contained nature of the first game, it’s easy to label a sequel as unwarranted. However, Naughty Dog’s most ambitious title does more than enough to prove its worth not only by telling an emotional story that packs an emotional wallop, extending the legacy of its memorable characters, and featuring career-defining performances by Troy Baker and Laura Bailey, but also by setting the standard of accessibility in gaming at an unprecedented level, and proving why the folks at Naughty Dog are some of the best in the industry.