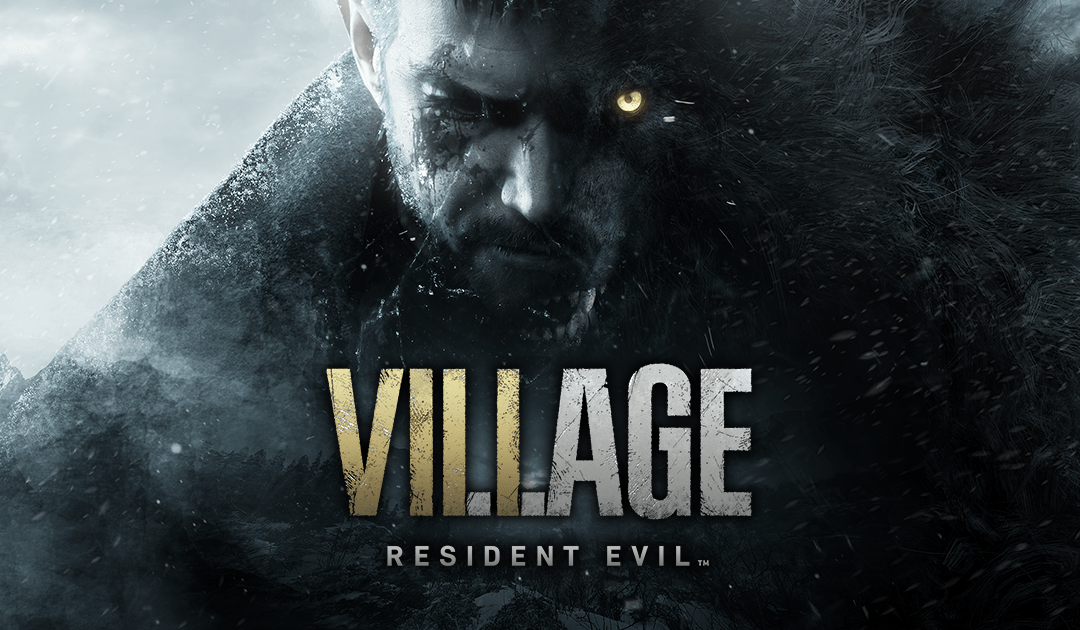 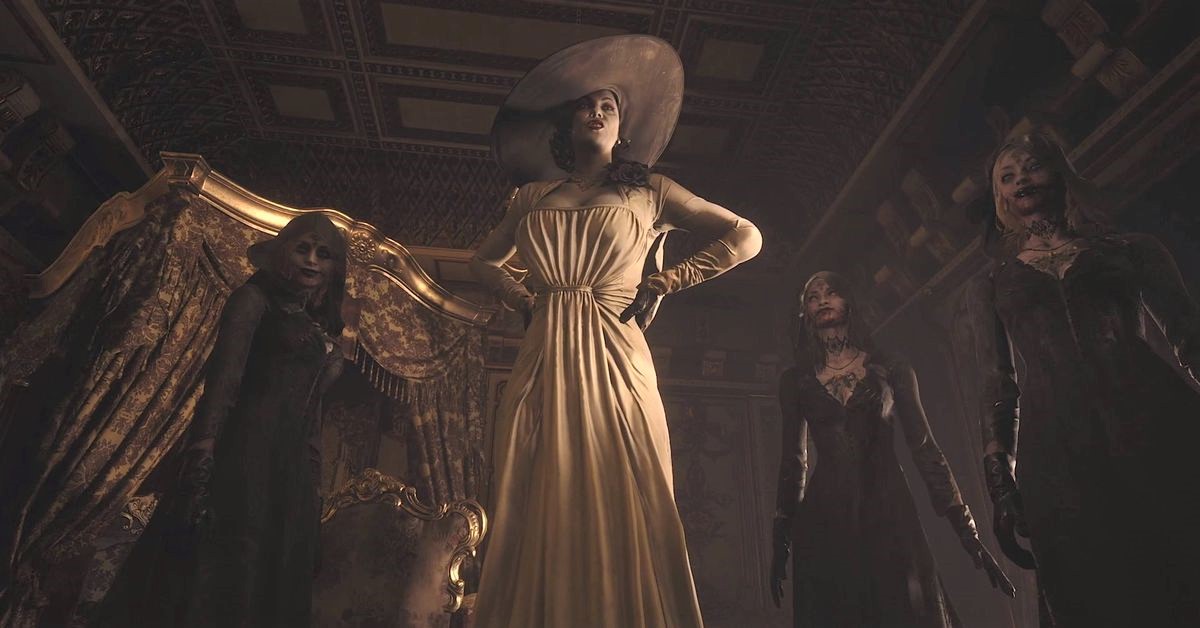 Can you escape the giantess Lady Dimitrescu and the village of horrors? Resident Evil Village is a first-person survival horror game developed and published by Capcom. It was released for PC, PlayStation 4, PlayStation 5, Xbox One, and Xbox Series X, and I’m reviewing the PC version. It’s the eighth title in the main series and continues the story of Ethan Winters from the last game. Resident Evil Village improved some of its accessibility for the fine-motor impaired, while also making some missteps when it comes to the deaf and hard-of-hearing.

Resident Evil Village has players going up against a variety of mutated creatures while exploring the Eastern European village. This time around werewolves, vampires, and even gargoyles are Ethan’s adversaries. Those who embark on the adventure will have an impressive array of weapons at their disposal. They will collect supplies, craft weaponry, and sell items to a merchant called The Duke. The inventory consists of an attaché case that pauses the game when accessed, much like the inventory system in Resident Evil 4. Resident Evil Village offers better rewards for exploring than its predecessors did, as there’ll likely be hidden puzzles and items that can be found off the beaten path. On top of solving puzzles and completing side quests, players can also hunt for wild animals in the village. Animal meat can then be cooked and turned into meals that the Duke prepares, which give boosts that permanently increase things like the health bar or sprinting speed.

Disabled gamers with fine-motor impairments definitely have their work cut out for them playing Resident Evil Village. There’s a larger focus on combat right from the start of the game, and even on the lowest difficulty I often ran out of ammo. Enemies take a while to go down, and some can even take two or three shots to the head. This also depends on which gun you’re using. If using the handgun, it might take two to four shots to the head to take one enemy down, but one carefully timed blast from the shotgun could do the job instantly. I could never really get the hang of the sniper rifle. Whenever I zoomed in with the scope, the aiming controls suddenly got less sensitive. I even tried shooting from the hip, but the range is terrible in this mode, and I could barely get a hit unless the enemy was three feet in front of me. Eventually, I ended up selling the sniper rifle for cash and extra space. Fast movement is sometimes required, especially if one gets boxed in with a group of enemies. Thankfully, the game does offer interactable barricades in certain areas. Quite a few moments early on I dealt with large amounts of enemies from all angles, and those barricades saved my skin more than a few times. Resident Evil Village lets users craft ammo, and this is extremely useful. I highly recommend buying the recipe for shotgun ammo the minute it becomes available. This will give much-needed protection against the tough enemies you’ll encounter.

Still, despite the game being more action heavy, it’s clear to me that steps were taken to give players support. For instance, movement has been streamlined completely, so gamers with fine-motor impairments will have a much easier time traversing the environment than in the last game. Ethan will automatically jump over obstacles or duck under corridors when he moves in a forward direction. The always helpful aim assist feature is back again, and it can be turned on in the options menu. This will automatically lock-on to the nearest enemy when aiming a firearm. The range unfortunately only accounts for body shots, so if you’re after a headshot, aiming must be done manually. Aim assist was still very helpful to me, especially when dealing with fast-moving enemies. Key bindings can be completely customized, and there are also four different control presets in the options menu if preferred. There are a few sections of the game where it’s required to drive an automobile for a small amount of time. Thankfully, these sections are not accompanied by combat. There’s no need to juggle vehicle controls with combat mechanics, so the fine-motor impaired can rest easy. Resident Evil Village has three different difficulty settings to choose from: Casual, Standard, and Hardcore mode (a fourth difficulty mode is also available called Village of Shadows, but it can’t be unlocked until players beat the game for the first time). I would recommend Casual difficulty for any disabled gamer because they will have the benefit of slower enemies, and Ethan will heal faster after combat. Don’t be afraid to use safe rooms as a much-needed reprieve from combat. Any room with a typewriter (typewriters let players save their progress) is a safe room and no enemy can cause harm there.

Resident Evil Village has many helpful accessibility options for disabled gamers with visual impairments. The option to remove or change the color of the aiming reticle returns, and players can choose up to four colors, including white, red, blue, and green. Camera shake can be turned off, and the HUD can be completely removed as well as tutorial messages. Also, Resident Evil Village lets its players change how intense damage effects are displayed on screen. It’s under “Damage Display” in the options menu, and there are two settings: Low and Normal. Colorblind players should note that certain item crates in the game have a yellow stripe signifier. Many objects can be broken and examined, so it might just be safer to smash everything in sight. Those with tritanopia specifically will have the most trouble identifying the boxes.

I’m afraid deaf players have the fewest options available in Resident Evil Village. There are subtitles, but they’re not always easy to read, especially on top of the often brown and gray visual tones. Subtitle font can’t be enlarged, and there are no captions. Certain points have a telephone ringing or a church bell in the background. Both moments are in-story segments, but without captions this could be confusing for deaf players. However, players are able to customize sound levels in the game including music, dialogue, sound effects, and menu volume.

Resident Evil Village has some of the best scares and monster designs that I’ve seen in the entire series! I had a blast playing it, and my heart rate was definitely up throughout most of my playthrough. The streamlined climbing and crouching mechanics help gamers with fine-motor impairments, but unfortunately, the subtitles need major work. The font is sometimes difficult to read, and without captions deaf players may run into some issues while playing certain sequences. Hopefully, Capcom can fix the subtitle issue with a future update and let deaf players experience this terrifying game without obstacles.