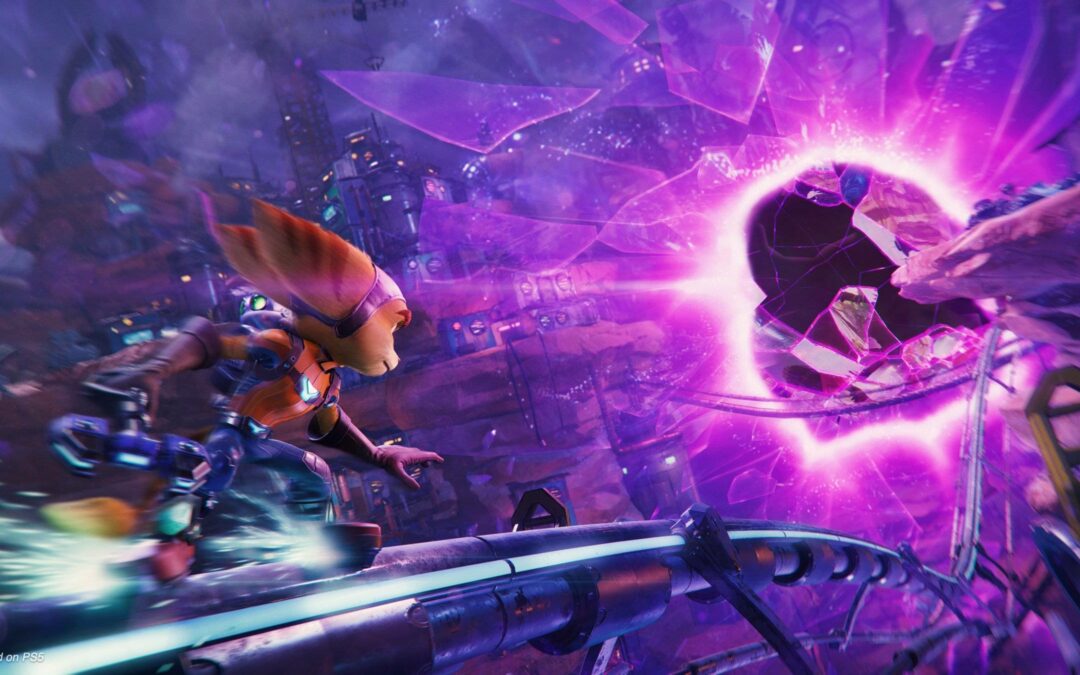 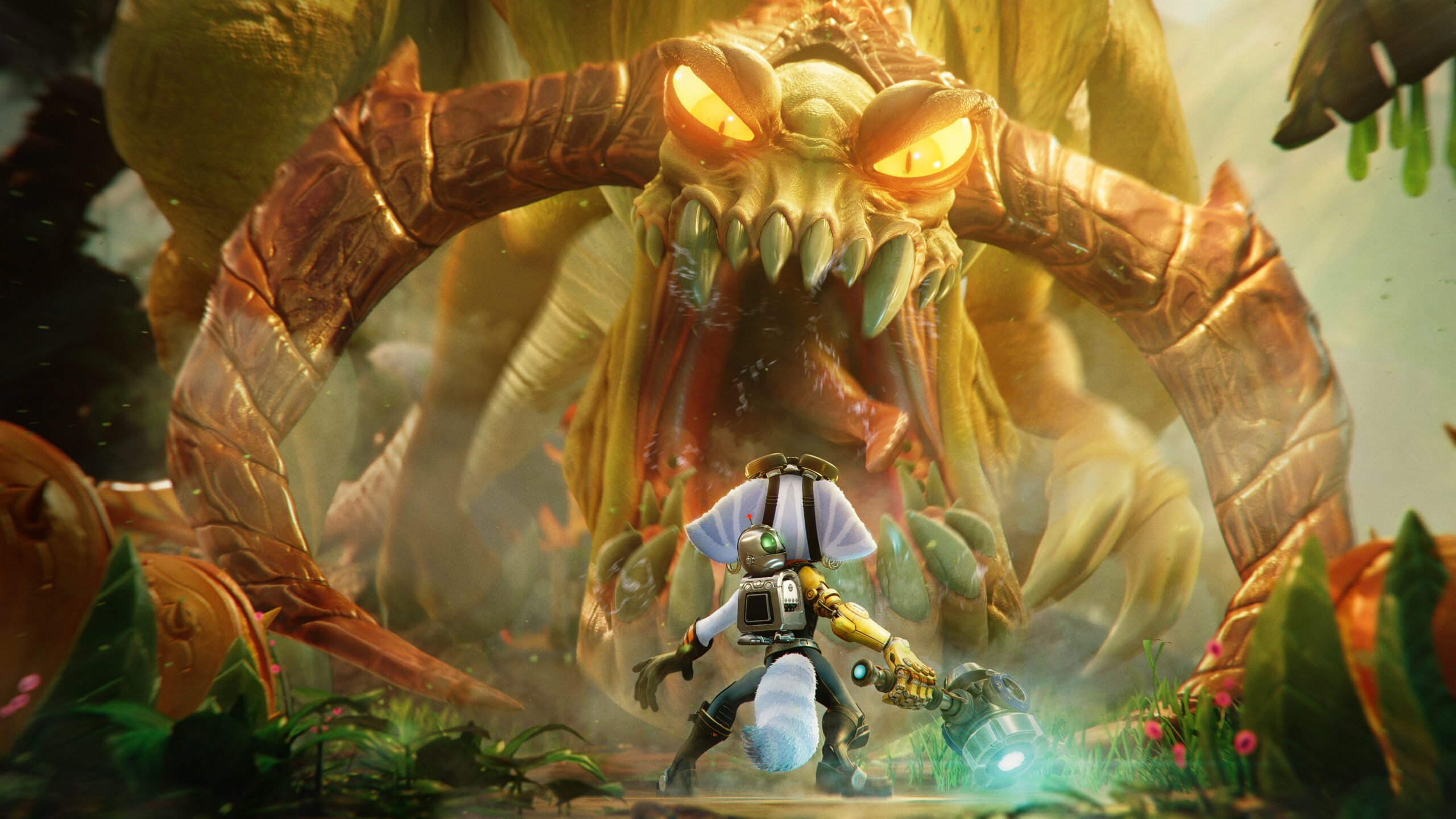 Ratchet & Clank: Rift Apart is the long-awaited PS5 exclusive sequel to the 2016 reimagining of the fan-favorite duo. It’s produced by Insomniac Games, fresh off the success of Spider-Man Miles Morales, and combines everything they’ve learned, resulting in another extremely accessible title. Set briefly after the events of the previous title, the story follows the titular duo as they save the universe from their archnemesis Dr. Nefarious while also seeking the missing members of the lombax species.

Players with fine-motor impairments should have a thoroughly accessible experience. There are customizable controls, virtually every aspect of gameplay can be tweaked in some form, and simplified traversal controls move traversal techniques to the X and circle. The grind-rail sequences made famous by the series are no longer a struggle thanks to an option that permits the game to slow down time when approaching an obstacle. A similar option exists to prevent running off ledges, and everything from bolt-cranks to speedle-snail boosts can be set to a toggle to alleviate the necessity for finger acrobatics. Moreover, the checkpoint system is quite forgiving, so frustration isn’t common here.  Insomniac has even gone as far as to include a difficulty that prevents death in combat, and there is an option that allows players to melee continuously as long as the proper button is held, ensuring everyone can complete the story. The aim-assist is incredibly responsive, and bullets seem to find enemies even when the aim button isn’t pressed. There is also a toggle option for the weapon wheel along with invertible flight controls. Ratchet possesses hover boots that can be used to make incredibly long jumps across wide gaps. These sections are the only parts of the game that keep it from obtaining a barrier-free rating, since many of them have time limits, and sharp turns are often difficult because Ratchet is moving too hastily.  The puzzles involving Ratchet’s new friend Glitch are mazes in which you must navigate, eliminate viruses, and hack computers, but these are not difficult thanks to the targeting system. The other puzzles involve guiding Clank’s “possibilities” through portals to fix tears in the fabric of time. These typically involve putting a sphere on the correct pedestal to alter mechanisms in the puzzle, but it’s never anything too difficult to do. Ratchet’s dimensional counterpart is a purple female lombax named Rivet, voiced by the talented Jennifer Hale. Her weapons and gadgets are the same used by Ratchet with a cosmetic twist. Instead of using hover boots she uses the oxymoronically named speedle snails, instead of a wrench she has a hammer, and so on. Despite initially seeming like merely a gender and palette swap of Ratchet, Rivet quickly proves to be an integral part of the story that Rift Apart is trying to tell.

Thanks to clever use of haptic feedback and an impressive suite of options, blind players shouldn’t have any issues with Insomniac’s latest adventure. The map is easily legible and can be zoomed to varying sizes. Icons thankfully never blend together because they are all distinct, and their sizes and all other button prompts can be adjusted in the accessibility menu. Raritanium, the resource used to upgrade weapons, is represented by a leaf, weapon shops are represented by a green Mrs. Zurkon robot, player position is a giant pulsing arrow, and mission objectives are a white circle (primary objective) and blue circle (optional objective). As if this weren’t enough, speaker-tags with choice of color, subtitle size, and background opacity adjustments are all available, along with a high-contrast mode that mutes or accentuates certain colors to assist visually impaired gamers. Enemies are easily distinguished due to their unique appearances and speech, and every weapon feels powerful. Damage indicators leave something to be desired, as they don’t stay on the screen long enough to properly indicate where damage is coming from, making it easier to get overwhelmed; however, disabling combat-related death is a nice counter for this. The ability to pin any existing objective to your HUD is a welcome new addition, so a waypoint appears anywhere a player wishes and is visible at any point in the world.

Auditory accessibility presents no barriers, and to my knowledge nothing in this title requires the ability to hear, so it should be smooth sailing for the deaf and hard of hearing. As mentioned above, nearly every aspect and action has a tactile response courtesy of haptic feedback, so chances are that players will feel something before actually hearing it. These cues also include visual elements like ammo counters, a reticle that changes shape and color depending on what weapon is in use. As was the case with Miles Morales before it, the subtitles in Rift Apart also provide context for events happening off-screen. There are even vibrations designed to indicate incoming projectiles during aerial combat.

Ratchet & Clank: Rift Apart is, in my opinion, one of, if not the best, game Insomniac has ever created. Taking into consideration all the best elements of traversal in the two Spider-Man games that preceded it, and melding that with the wacky guns and tongue-in-cheek sense of humor Ratchet and Clank are known for, while also displaying a vulnerability and emotional substance that rivals the best Pixar has on offer, and simultaneously being the best example to date of what Sony’s next-gen hardware is truly capable of, Rift Apart is a truly impressive accomplishment. If you are an Insomniac fan and fortunate enough to have a PS5, don’t miss it!

A review copy of Ratchet & Clank: Rift Apart was provided by the developer.