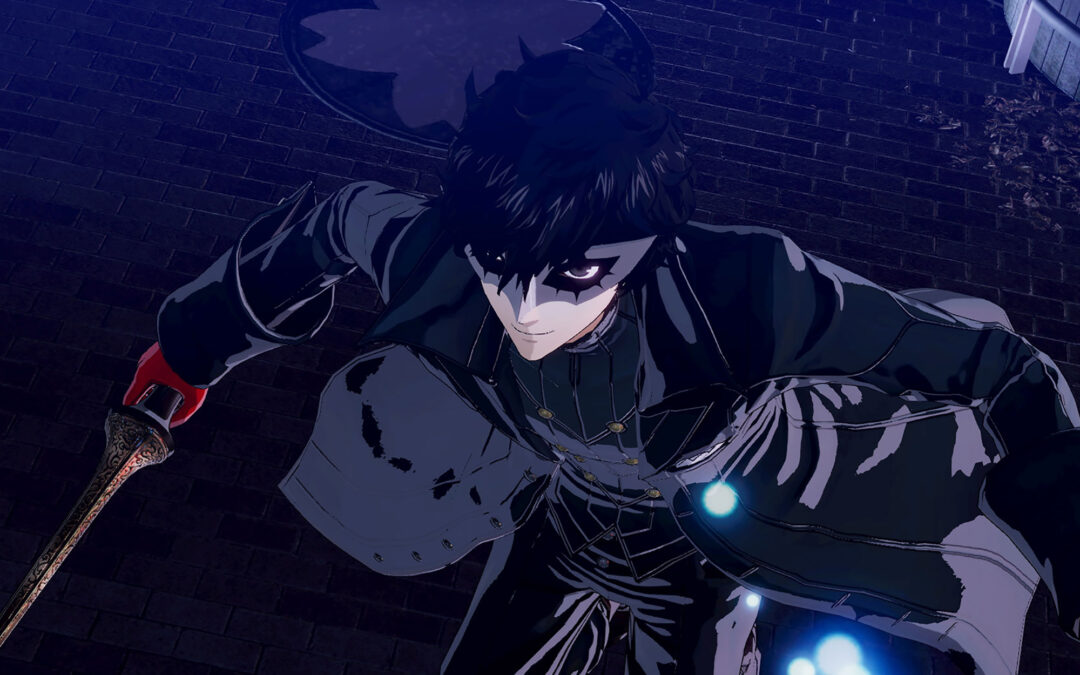 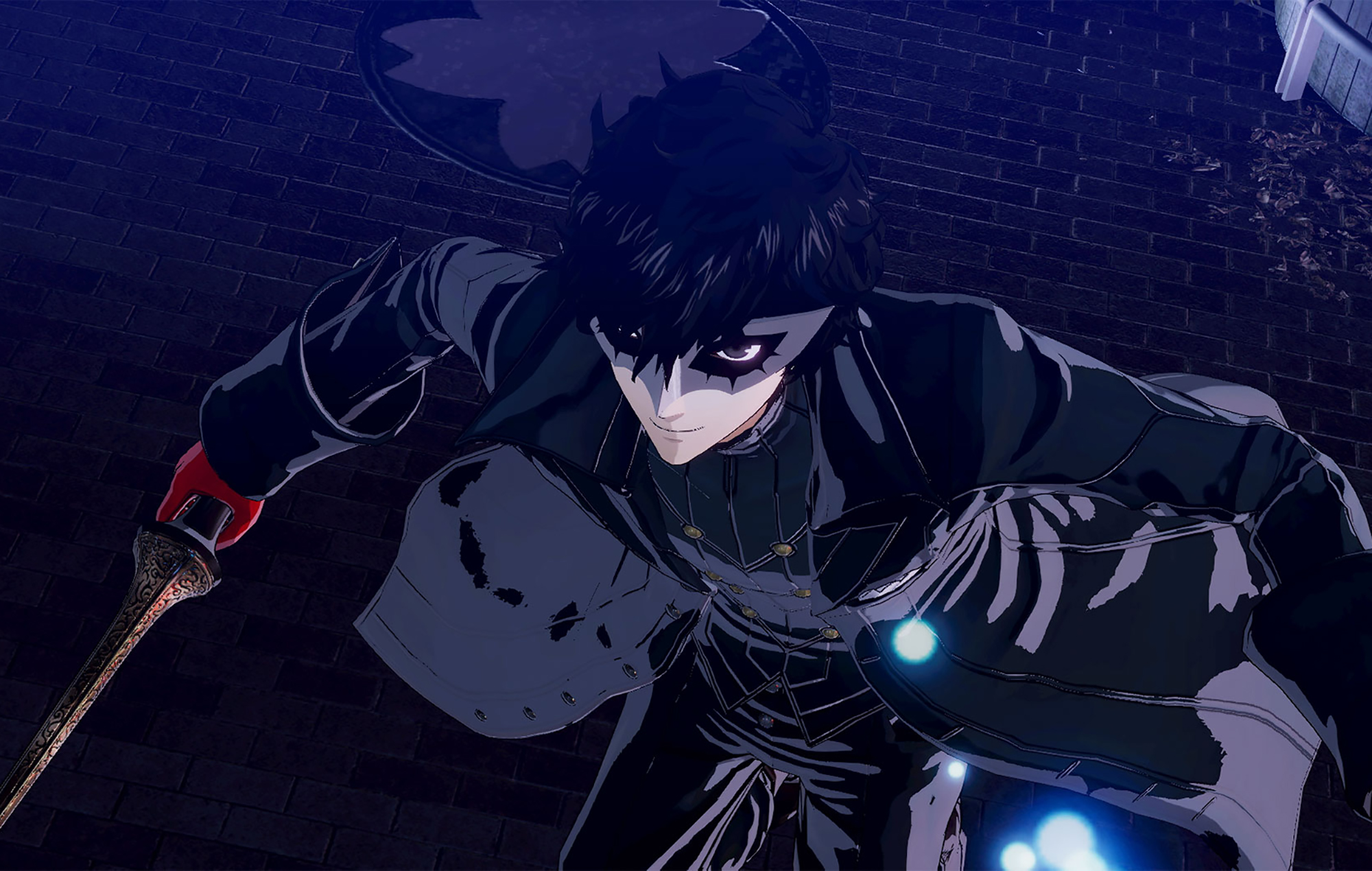 The musou genre has surged in popularity over the last decade, with new and unexpected franchises entering the fray seemingly every year. Dragon Quest and the Hyrule Warriors series have taken long-established franchises with whimsical fantasy settings and thrown them into the one-versus-all action. We haven’t seen much of a real-world setting in the genre though, and that’s something of a shame, since it can attract new players. Thankfully, Persona 5 Strikers is here to answer the call and does a remarkable job at delivering a fun time, with some caveats.

As with other musou games, players can switch between characters at any time. There are four playable at any one time, and players can use their personas’ skills to turn the tide in battle. Each persona has its own skillset, and switching between partners regularly allows you to keep your party healed up while also taking out enemies. Every character feels a bit different, and some use different weapons like aces and swords.  Switching between characters has a lot of perks, with one big one being that it fills your showtime gauge faster, and that allows you to nail a big double-button attack to take out a lot of foes at once, or use it to deal a ton of damage to a boss.

Players need to consider not only how their party is constructed when it comes to offense and defense, but also how Joker’s plethora of personas play into their strengths. Combining all the elements together results in combat feeling very natural, with the franchise’s usual bright and bold text making things easy to see. Unlike a lot of musou games, there is a strong sense of dungeon crawling here, but it’s fairly fast paced. Players have to consider their position, just like in the original Persona 5, so it isn’t safe to just throw yourself into battle. It’s far better to take the high ground and ambush foes to get the upper hand early on. Dealing out a bit more damage to start helps make up for going into some battles underpowered, as it’s hard to regain lost health if players aren’t careful.

Persona 5 Strikers’s blend of gameplay styles allows it to offer far more variety than other musou games. By featuring not only fast-paced musou combat, but also retaining the original game’s original presentation and dialogue options, it feels more like a core game in the series than a spinoff. One problem with musou-style entries in franchises is that they feel more like quirky side games with no real consequence. Here, players can enjoy an all-new part of the tale of the Phantom Thieves and see their adventure continue on from Persona 5/Royal. This makes the game’s events feel more important, and that alone makes progressing more rewarding than in other games like it.

Strikers’s use of Persona’s signature gigantic text for menus makes it a great pickup for anyone with a visual impairment—to a degree. The text itself is easy to see even though it’s highly stylized, but there are no colorblind options. Fortunately, there’s enough contrast between the text and the other colors on screen. Menu text is large and uses bright yellow and red often to provide a strong contrast that’s easy to read. Button prompts are a bit strange, at least on PC. There, you can play with an Xbox One controller but still wind up with PlayStation button prompts at times for triangle and square. This is a bit jarring, and while it’s not a hard thing to get used to since we’ve had almost 20 years of Xbox and PlayStation button prompts to know which button is the alternate company equivalent, it’s a strange issue that will hopefully be patched for those who may not know the difference between the controllers.

On the fine-motor side of things, Strikers is in an interesting position as a musou game that’s also a dialogue-heavy interactive novel. The musou part of the game isn’t going to work out well for everyone without some kind of help. The more enclosed nature of its environments does help a bit, as players can in theory stand in place, and for the most part, regular enemies will run into attacks without much of an issue. The downside to this is that switching between characters is a requirement, and the other characters may be in a spot where having foes approach them may not work out perfectly.

Being able to automate dialogue is a nice touch. However, an auto-battle system would help out a lot here, and is something that all musou games should have as an option. In theory, it’s something that could be added in later on, but I wouldn’t expect it, given that the game would have be reworked a bit to include it, and a feature like this is something that’s best when built into the core game design. It generally keeps the story flow active when it’s baked in instead of done after the fact, like how well-crafted it is in Alliance Alive versus that of the modern-day Final Fantasy re-releases. Either way, it’s better to have the feature in place than to not, so hopefully Omega Force can patch it in at a later date and maybe throw in some color blind options at the same time. Having the option to skip things like fetch quests entirely would also be nice just to minimize grind.

On the audio side of the ledger, it offers an English dub alongside Japanese language and English subs, so it has all the core bases covered there. It would be nice to have text size options for the subtitles just to have a bit more freedom in that regard, but the default size is mostly fine and scales up nicely when you bump your resolution up as high as possible on PC, so the subs can still be easy to read even with a lot of action going on. It would be great if there were audio cues to describe the soundtrack because it is one of the most enjoyable players will hear all year. Much of the OST is taken from Persona 5, and that’s fine, as it was incredible years ago and remains so now.

Overall, Persona 5 Strikers is a top-shelf musou game and the best musou offshoot yet in terms of feeling like a mainline entry in the series. By following up on the compelling story of Persona 5 with the original voice cast, the story grabs you right away and gives insight into how the cast of characters cares about one another. They all feel like real-life friends interacting and not just archetypes having a razor-thin conversation to move the plot along. It’s a great tale, and it’s told with the franchise’s trademark mix of seriousness and humor, with some of the best music the series has ever had. It would stand to benefit from auto-battle options and the ability to have music style cues on-screen, but thankfully, the dialogue portions can be automated. The core game is an outstanding example of its genre, but it needs some tuning when it comes to accessibility.