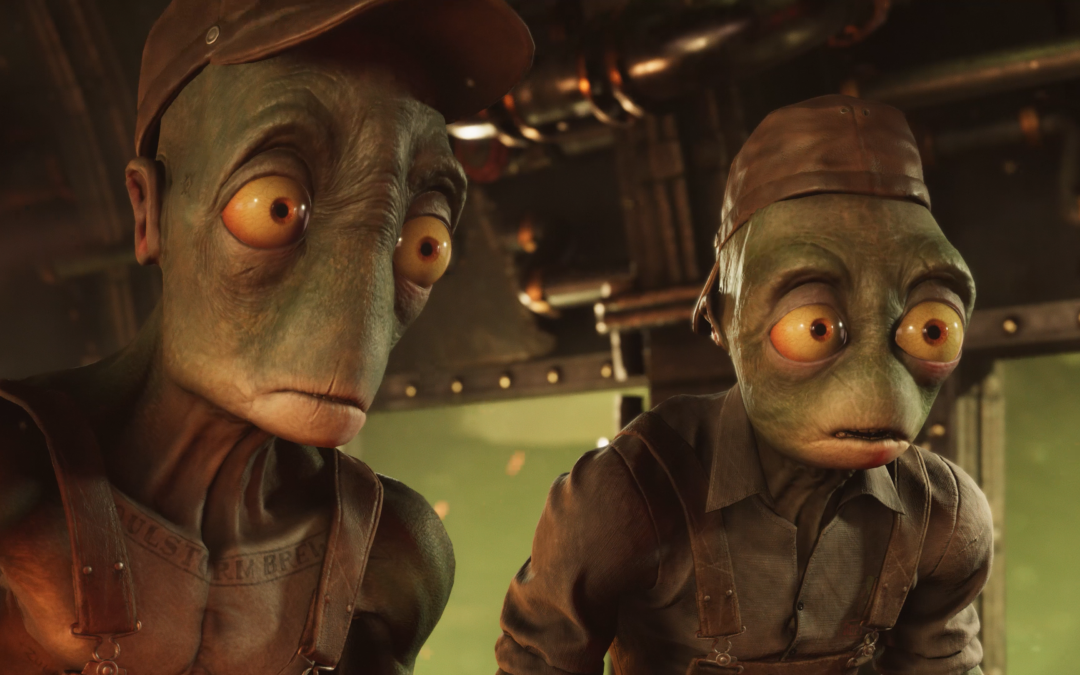 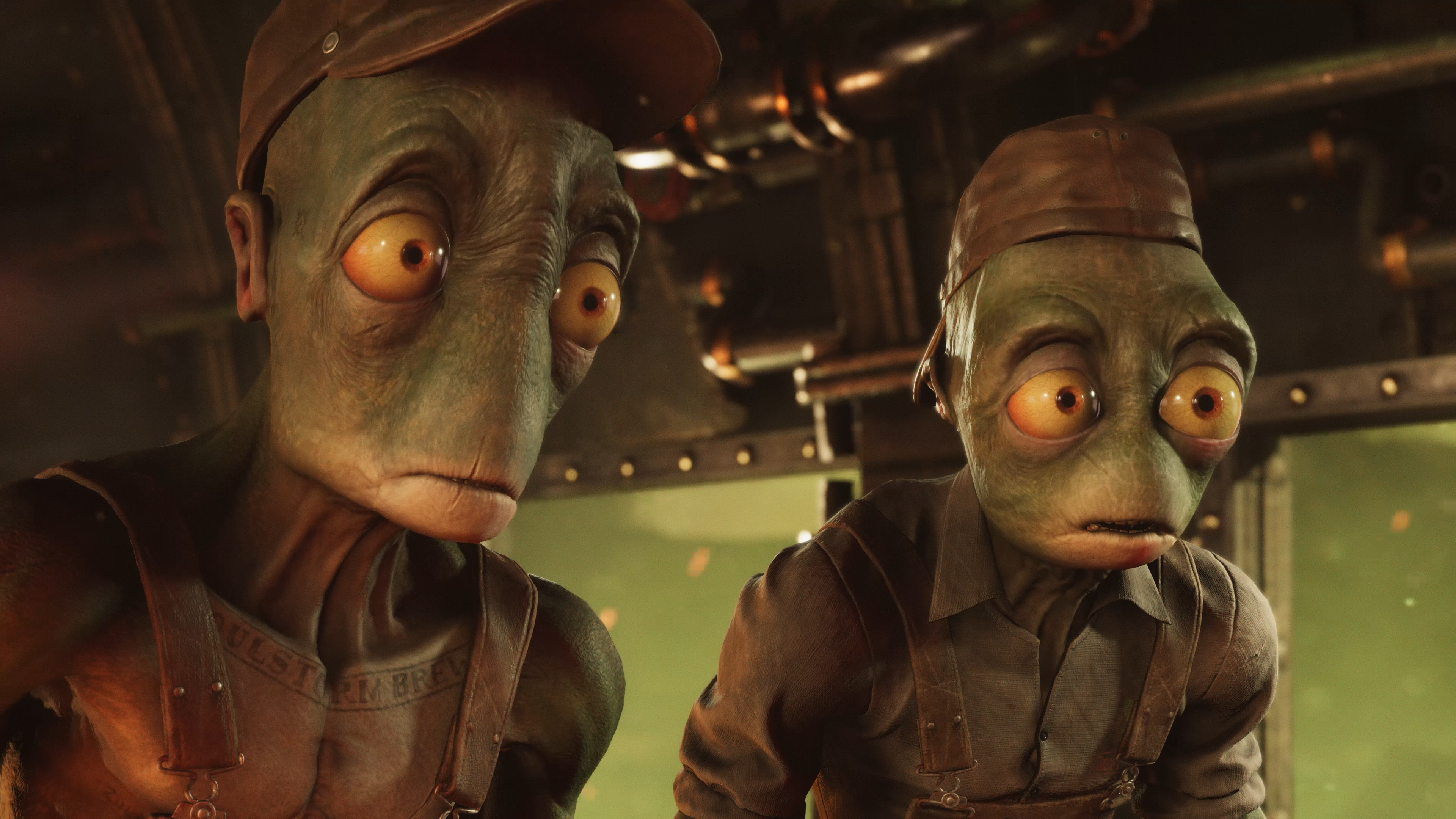 Oddworld: Soulstorm is the latest offering from the mind of industry veteran Lorne Lanning and the folks at Oddworld Inhabitants. After the success of the remake of the 1997 PS1 classic Oddworld: Abe’s Odyssey, it seemed fitting that the fan-favorite sequel receive the same treatment. What we got was so much more. After four delays, Soulstorm is upon us, and it’s the most ambitious game the company has ever produced. Oddworld: Soulstorm is not a remake of Abe’s Exoddus, but rather a retelling of the story that increases the stakes and scope of the proceedings while allowing for better character development and more streamlined gameplay. The story here picks up a number of hours after the conclusion of Oddworld: New ‘n’ Tasty and sees the player take on the role of Abe as he attempts to lead his fellow Mudokens to safety after their hideout is discovered by those who enslaved them following the destruction of the Rupture Farms meat-processing plant.

Being that Oddworld is primarily known as a 2.5D platforming franchise, Soulstorm follows in the footsteps of its predecessors, and while it is unfortunate that this latest offering is only partially accessible for those with fine-motor impairments, it does a lot of things that show the developers are dedicated to taking the series in a more accessible direction. The previous iteration of Abe’s Exoddus garnered a reputation as one of the most difficult but rewarding platformers of its time due to the fact that Abe was killed in one hit if spotted by enemies. Thankfully, Soulstorm does away with this in favor of the health system from New ‘n’ Tasty, giving players a chance to run to safety if they are spotted, and health regenerates when not taking damage. Plenty of checkpoints that auto-save progress are available, but it would be beneficial to have a quick-save feature like the one in New N’ Tasty so players could save where they see fit and not only in a pre-determined area, particularly since death is a common occurrence when navigating increasingly difficult puzzles.

The controls here are unfortunately not customizable by any means, and it’s a shame, since it’s evident they made a conscious effort to create a minimalist control scheme to help motor-impaired players. For example, to make Abe chant in Soulstorm, you only need to press L2, whereas in the previous title both L2 and R2 had to be held simultaneously. However, this ease of access is offset by a new mechanic where the player must manually control Abe’s chi and direct it to the enemy they wish to possess. In previous entries, it automatically went to the nearest available target. Having to control it also makes it more difficult because players have limited time to possess a target before having to re-initiate the chant. Throwing objects is also a major part of gameplay, but the reticle is sensitive and must be controlled using the right stick. Many a death will occur due to objects erroneously landing within earshot of enemies, and since aiming the projectile and chanting cannot be set to a toggle and are vital to the game, this will prove a challenging barrier but one I was able to overcome with persistence. Soulstorm is a game of trial and error, but victory is rewarding. The inventory and crafting menus are both bound to the triangle button., which must be tapped for crafting and held for inventory. Only the crafting menu stays open indefinitely, while the button must be held for the inventory. Fortunately, there’s a workaround for this via clicking the right stick. Abe can give his followers commands just as he could in earlier iterations, but they’ve now been mapped to the D-pad, making them much more practical to use, since you no longer need to press a trigger and face button to speak. Simply tap to address an individual or hold to address a group.

Visual accessibility in Soulstorm is overall quite strong because many aspects of the game are designed to make sure the player is always aware of what’s transpiring on the screen. For starters, enemies’ cones of vision are always visible as long as Abe is in their vicinity. Their state of alertness is represented by a color-coded scale in the top-right corner of the screen, with blue meaning calm, yellow being suspicious, orange being heightened, and bright red meaning full alert. Subtitles and in-game hints are also available here, and both are presented within backgrounds that prevent them from becoming illegible, and the cast of colorful characters all have speaker-tags. Size and color however are not adjustable, but I don’t consider this a barrier because the default size is quite large. Abe’s physical state (sprinting, sneaking, crouching, rolling, or walking) is always represented by an icon at the bottom right of the screen. The camera will sometimes be fixed in places that are far from Abe, but determining his position is never difficult thanks to a blue indicator appearing above his head. Since the game does have lots of lights, an option to reduce strobing has been made available for photosensitive players. There’s a section in which Abe must traverse a dark mine, but you’re given plenty of flares to light the way. The only thing holding this category back from being barrier-free is that there are no colorblind settings, and it’s a bit unusual given that so many other features in this category are done so well.

Auditory accessibility doesn’t present any barriers to my knowledge. Foes in Oddworld all have incredibly distinct appearances, owing to their home world’s namesake, so even if you cannot hear them, you will most definitely spot them. For example, sligs carry machine guns and have red eyes and four appendages resembling fingers for a mouth, while scrabs have long sharp beaks. Even Abe’s vocalizations have a visual representation in the form of a sound wave emanating from his lips when commanding large groups. Abe’s movement types and actions don’t need to be heard thanks to the icon referenced earlier, and the location indicator makes him easy to spot even when he’s quiet. Enemy traps like bombs and chant suppressors employ blinking lights, so there’s no danger to be found in not hearing them.

Oddworld: Soulstorm is a reimagining of a classic that shows what a passionate developer can accomplish given the right amount of time and budget to realize a vision. While it may not be a perfect game on a technical level, or even completely barrier-free, it represents a bold new direction for Lorne Lanning and crew with respect to accessibility. Despite telling a darker and more mature story, this reimagined tale has heart and proves that Oddworld is still a place worth visiting 24 years after its creation.