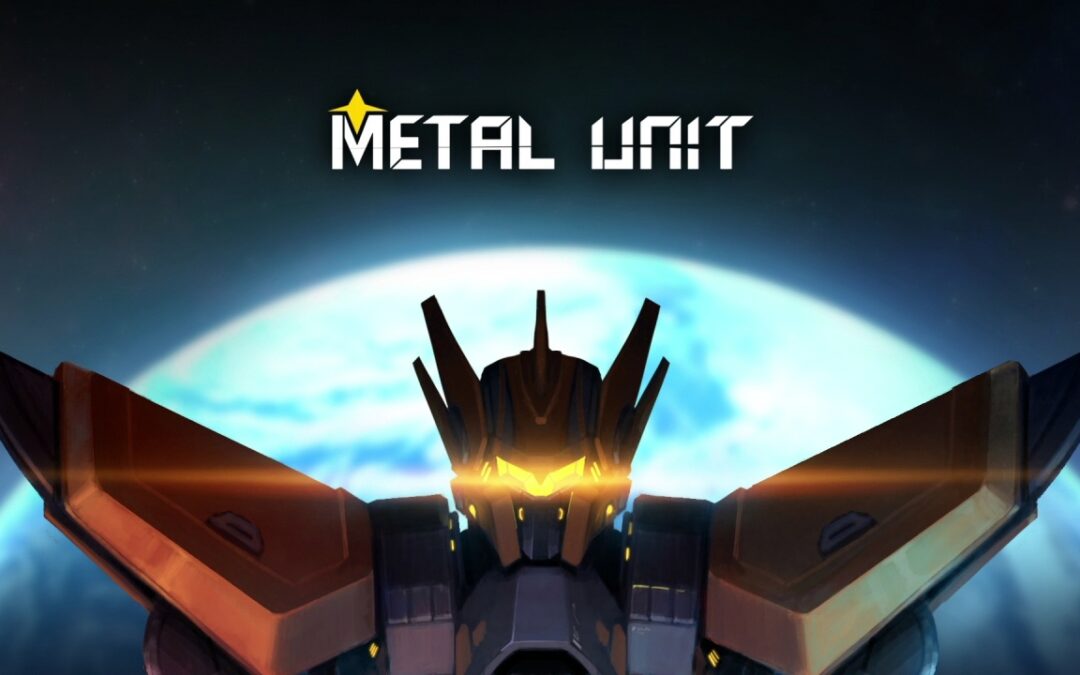 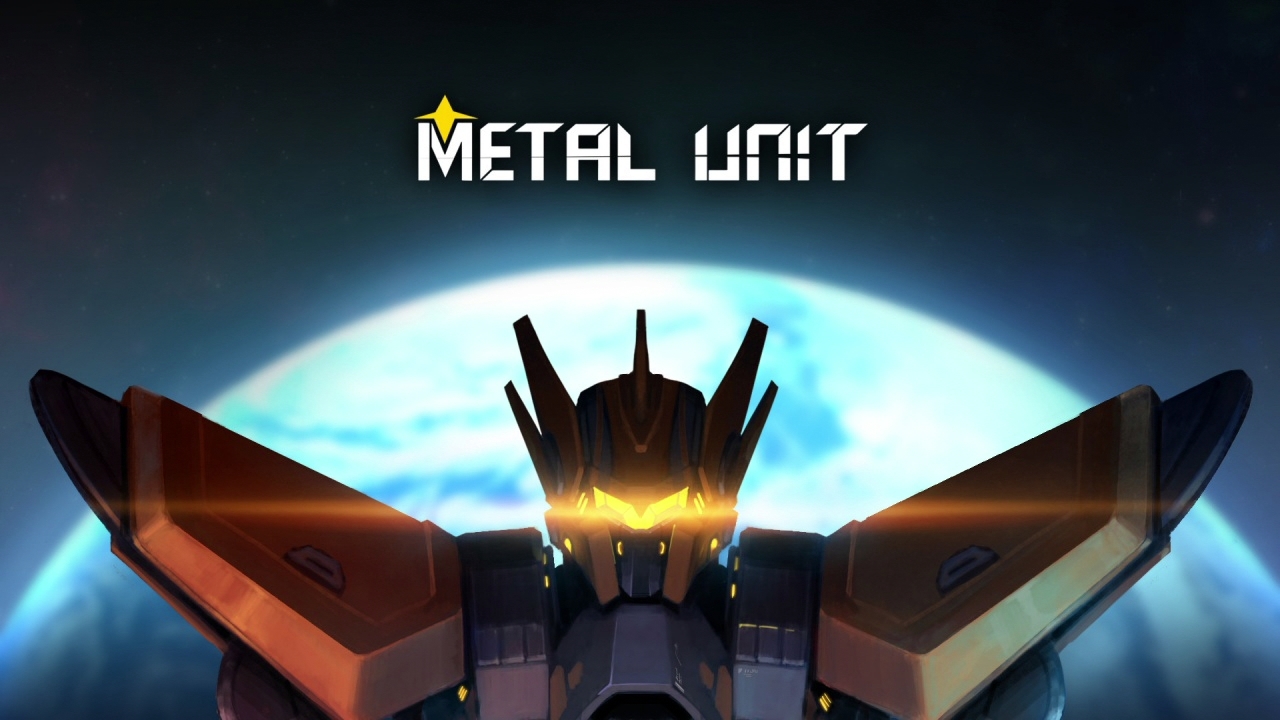 There have been countless action platformers inspired by Mega Man and its X sub-series over the years, but few make a point to be accessible to disabled players. Games like 20XX aim to offer a different experience by throwing in roguelite elements into the mix, while titles like Mighty Gunvolt Burst offer more customization options in terms of how the player can use the characters thanks to its upgrade system. JellySnow made a name for itself with fast-paced action platformers, and it has now branched out into something that’s simultaneously more intense and far more accessible than the overwhelming majority of action platformers on the market.

As is often the case in Mega Man-esque games, the world is in rough shape, and humans have to do what they can to survive. The planet is under attack from monsters and monstrous machines alike, and it’s up to the Metal Unit team to save the day. Joanna’s our go-to character, and she not only has to face off with monsters, but also know that she will one day have to battle her own sister, who has defected. Joanna has a wide variety of weapons to use to win the day, including an armory of blasters and bladed weapons that make this feel like a faster-paced Mega Man X with snappier controls. Most importantly, accessibility is baked into the game’s design from the onset.

From the moment the player starts the game up, they’re given complete control over the button layout. Most action platformers don’t even bother with this because they usually go with the modern standard of the bottom face button for jumping, the top-left for main action, top-right for ranged, and the bottom-right button for a special attack. It’s simple and works, but it doesn’t give the player any flexibility. Games like Dead Cells offer very few customization options by letting the player change the face button input for two of the four buttons, and that’s it. It’s severely limiting and can get in the way of fully enjoying the experience, especially for a game that, like Metal Unit, offers a lot of functionality in its button layout. JellySnow has put a lot of work into making sure things that would normally be tedious menu-driven affairs, like boosting life with a potion, are given a simple button command.

Simply being able to set that sort of command to a bumper button instead of a trigger can be huge for a player who may struggle using triggers. JellySnow went one step further, and beyond simply allowing players to adjust the button configuration for the core action, they also enabled this for menus, making it even easier to navigate around. Moreover, the command list goes into elements like selecting the button used to open on-screen tooltips and even the input to skip through cinematics. There was a lot of thought put into this part of the game’s design, and it bleeds into the core action platforming as well.

The game’s core action platforming is a blast and allows the player to take out a room full of foes with a blend of slicing and dicing alongside some gunplay. In a lot of ways, this feels like a Mega Man Zero series game with its blend of gameplay styles and fast action alongside a narrative-centric story. The narrative is ever present, and each stage is punctuated with a summary of what’s going on alongside some slick cutscenes that use limited animation to tell the story through facial expressions via the character portraits.

The story itself is told with large text that stands in stark contrast to the blue-hued artwork, and it has its own gradient box with white or light blue text to make it easy to read. It would be nice to have a text-size option, but even on the go with the Switch’s portable screen, the text is fairly easy to read thanks to the contrast. Hopefully, we’ll see a text-size update down the line, as it would still be helpful, and there’s plenty of room on-screen for larger text. The game’s menu text as a whole is easy to read thanks to its large size, making navigating menus a breeze and serving as a fine template for the kind of text size that could be used for dialogue in a future update.

The core game is one of the most accessible action platformers out there—almost on par with Street Cleaner: The Video Game from earlier this year. JellySnow has baked an impressive number of assists into the adventure to make it far more user-friendly than any Mega Man-style game ever made. From a single menu with enormous text, players can choose to have unlimited healing items, unlimited ammo for their guns, free shop upgrades, double damage, infinite jumping to avoid pitfalls, and invincibility. The great part is that all these are toggles, so players can turn any one of them on, all of them, or cherry-pick depending on their play style. If there’s an area where they’ve struggled, like a boss battle, then turning on infinite potions might be the way to go to learn the mechanics of the battle and then heal up as much as needed. Or, turn invincibility on to get past that trouble spot, and then go right back to whatever’s comfortable.

The level of versatility in how the player approaches the game’s challenges is impressive and makes this an easy recommendation for anyone who wants a Mega Man X or Zero-style thrill ride, but just couldn’t deal with that franchise’s sometimes overwhelming difficulty spikes. More than anything else, Metal Unit is a fair game for all players and one that takes care of those with fine-motor impairments as well as those with visual impairments, albeit with some room for improvement in the case of the latter. Deaf and hard-of-hearing players are included thanks to the use of text as the only means of conveying dialogue, so every player is on the same playing field when it comes to interpreting the characters and their motivations. It would be nice to have text to describe the game’s soundtrack, as it helps set the tone of the adventure.

With slick animation for movement and attacks, a surprisingly colorful world, fast action, and responsive controls, Metal Unit is a top-notch Mega Man X-style game for those looking for one, but who also want a more accessible experience. Being able to tailor things like invincibility, infinite jumping, and infinite ammo off and on essentially make this feel like a 16-bit gem with built-in Game Genie codes to make for an easier experience, and that’s something rarely seen in action platformers. Metal Unit is a remarkable game given the developers’ efforts to make for a more user-friendly experience than most games in its genre, but still has a bit of room for improvement down the line.