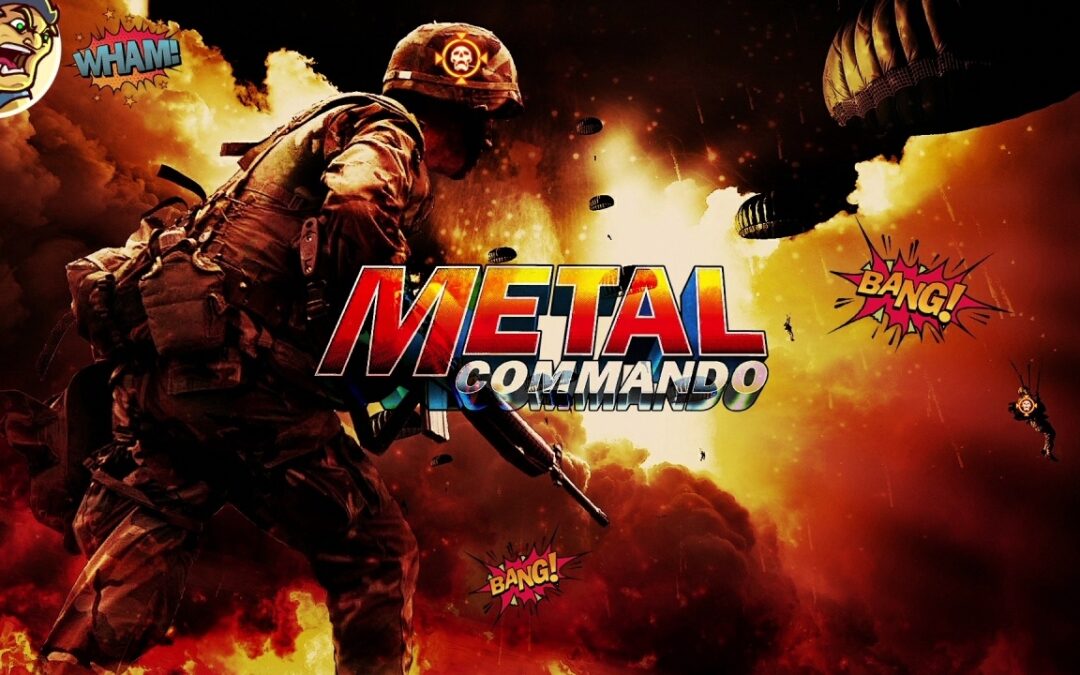 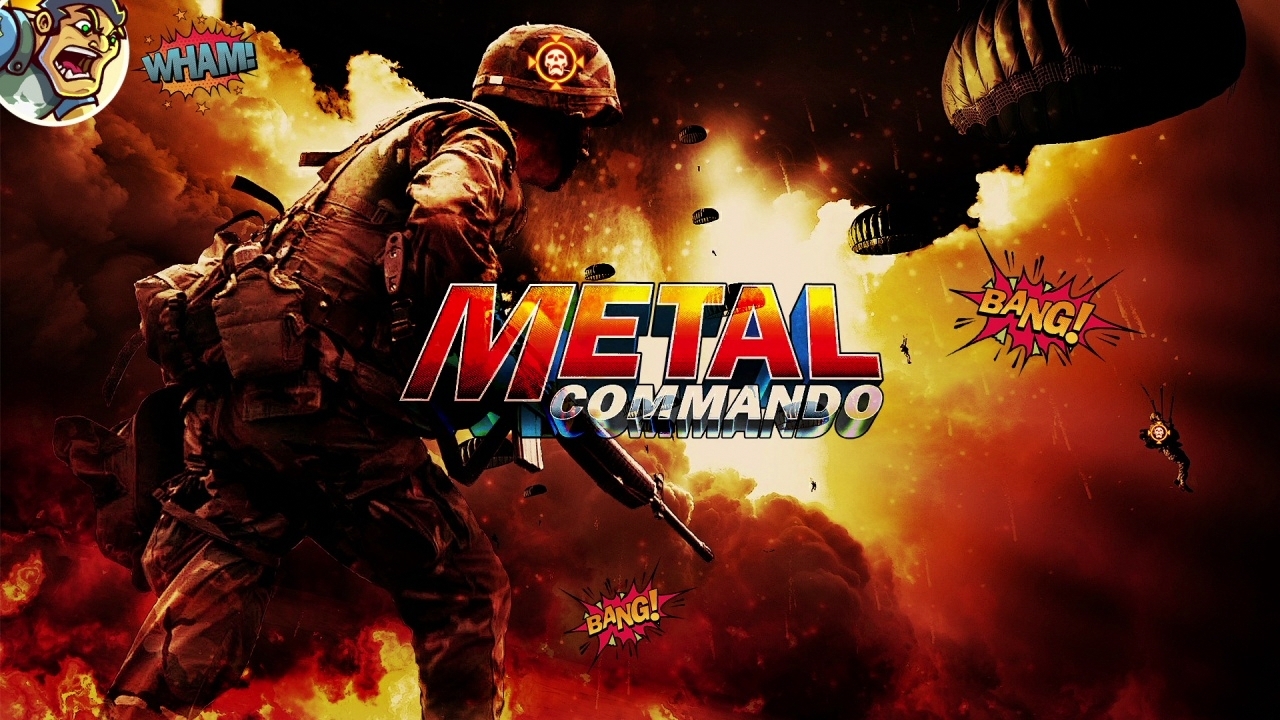 Run-and-gun games have become a bit more popular in recent years with titles like the Contra Collection and Blazing Chrome showcasing how fun the genre can be for newer generations. Rereleases of classics like Metal Slug have helped this trend alongside newer games that go for a different, rarely used theme, like Savage Halloween. We covered that game and found it to be remarkably accessible without really aiming to be, and while playing Metal Commando, I had a similar thought. They’re both run-and-gun games without a lot of exposure but with a surprisingly accessible approach to the genre that each have room for improvement.

The core gameplay of Metal Commando is a lot like Metal Slug, only with a bolder and more cartoony art style. The use of large black outlines for all characters and environmental vehicles helps quite a bit in distinguishing elements of the environment. It also contrasts nicely against the boldly colored backdrops. The graphics themselves have a somewhat blurry look to them that mimics the look of games like Jetpack Joyride but aren’t quite as polished. However, the bold outlines and color choices for objects and enemies make the core shooting action far easier to see when it comes to visual accessibility.

All bullets have an outline, and that makes it easier to tell where they are in relation to the player and to judge the timing needed to jump out of the way. Unfortunately, there aren’t many ways to defend yourself other than jumping—a roll mechanic would have been nice to see. Unlike a lot of run-and-guns, the player can buff their stats and swap out their weaponry between stages via the in-game shop. Unlocking new firepower and increasing health comes in handy, but even right before a stage, players can quickly choose to buff things like speed or add grenades to their arsenal to help during screen-filling exchanges or boss battles.

The core game offers up rapid fire by default, making this a fantastic game for those with fine-motor impairments, as it doesn’t require constant button presses just to shoot enemies. Either the left stick or the d-pad can be used for movement and aiming, although the stick winds up being a better choice for more accurate and fast aiming. The d-pad may be preferable for platforming, but there isn’t much of that here. The only time platforming skills come into play is during boss battles, when the player has to be more mindful of enemy fire coming towards them since it’s so high-powered and bosses can only be damaged at certain points. Luckily, the game highlights those points for the player, making this an even easier game to enjoy for those who may find run-and-gun shooters intimidating by default.

There are a lot of accessibility features baked in to the core game design that make it stand out, and even if the game itself isn’t all that original in concept, the execution is strong. Small touches like having touchscreen support for menus helps a lot, as it enables the player to tap their selection instead of being limited to d-pad movement and button presses. In theory, it’s a small thing, but it can be huge for a player who finds it easier to use a touchscreen than buttons to navigate menus.

However, there’s room for improvement in this setup because the indicators for what the player has selected could be a lot clearer. They’re mostly represented by a very minor color change from the default color of the UI, and it can be really tough both in handheld and docked mode to see what you’re selecting without paying very close attention. It’s a surprising issue because if the developers had simply used a bold white outline instead, it would work much better. As it stands, everything but that one element is fairly well-crafted for visual accessibility without special settings for things like color blindness or putting bold outlines on enemies.

For deaf and hard-of-hearing players, Metal Commando works surprisingly well at times because there’s no voice work of any kind, making sure no one misses out on information. However, there’s music and a lot of different sound effects used for different gun types, and none of that gets any kind of text-based description. The soundtrack is fairly generic rock that doesn’t get the blood pumping, so that being described in text as something like (loud, fast-paced music plays) would probably be better than the soundtrack itself.

Metal Commando may not be a very innovative game, but it’s quite fun and one of the more accessible run-and-gun games I’ve played. It’s surprisingly accessible right out of the gate with things like bold colors and bold black outlines that make it easy to see characters and the environment. The minimal use of platforming, the ability to use either the d-pad or left stick to move, and rapid-fire being enabled by default makes this a quite user-friendly game when it comes to fine-motor accessibility.

The long-heralded difficulty of the genre can make it seem hard to get into at all when its reputation is one that will test everyone’s mettle, so it’s nice to see a more easy-going and fun-focused experience. Metal Commando isn’t a perfect game, but it is a fantastic pickup for those looking to enjoy a gateway in the genre and not worry about being punished right away. It very much eases the player into more intense battles, and having an in-game shop to boost stats helps the player fine tune their character to their play style.