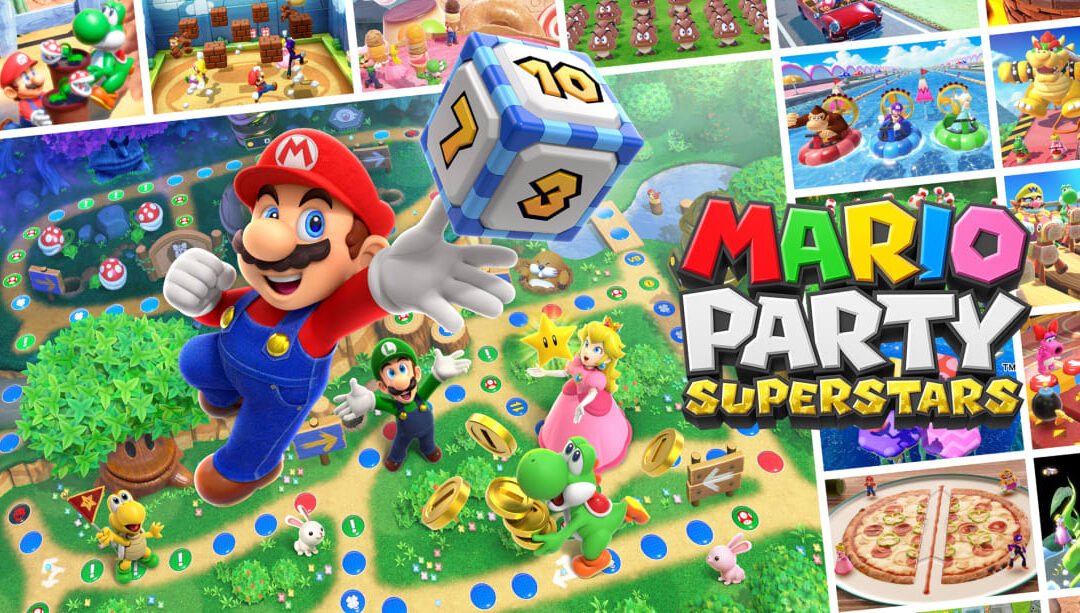 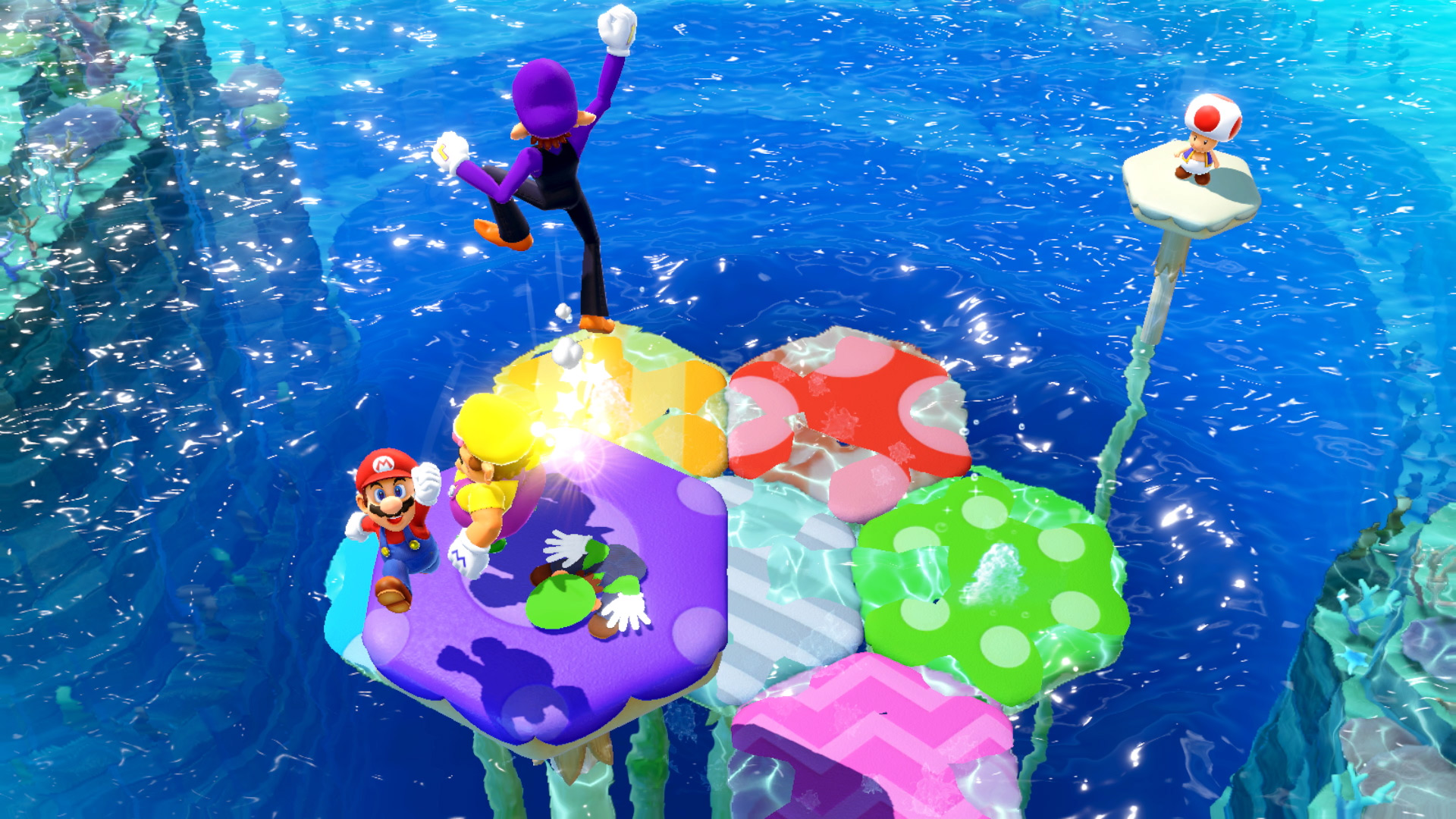 Mario Party is a perennial franchise that has been ending friendships and causing fun family game nights for almost 23 years. The latest version, Mario Party Superstars, is being hailed as a return to form for the best parts of the franchise. Mario Party Superstars is a compilation of the best boards and the best minigames from across Mario Party’s history. It’s got a lot to offer for fans of the series. Unfortunately, though, as per usual, by its very nature, it excludes many disabled players

To begin with, deaf and hard-of-hearing players will probably be able to enjoy most of Superstars with very little difficulty. During the several games that I played with friends, I didn’t notice a single minigame or element of the board that relied on the ability to hear. The text is presented in clear readable format and there is no dialogue to speak of, just an optional, brief explanation of each board and the typical inarticulate sounds that we’ve come to expect from denizens of the Mushroom Kingdom. However, given the scope of Mario Party, I don’t feel comfortable saying definitively that the game is barrier free. I am confident enough to say that it can probably be enjoyed by most deaf and hard-of-hearing players without much trouble.

The case is very similar for players with vision disabilities. I was able to play all five of the game’s boards, and none of them seemed to rely on color. It is true that the squares that give you coins and the squares that take away coins are only delineated by color, but since they are blue and red, they should be easily discernable for most. Nothing in the game seems to rely on fine detail and everything is presented with the typical, easy-to-interpret cartoony Nintendo art-style. As with my auditory analysis, it is possible that there is a corner case for some minigames where healthy sight is an advantage, but this was not my experience.

Where Superstars truly falters is the same place every Mario Party game has faltered for the last two decades: most of the minigames in which you win coins and steal stars are heavily dependent on timing, accuracy, and in some cases, both. On two separate occasions, the people that I was playing with turned to me mid-game and said, “This game is just a series of QTEs, isn’t it?” And the truth is, yes, it is. That’s not to say that there aren’t minigames that rely solely on luck or are less fine-motor intensive—those exist too, but when compared to the number of games where having a fine-motor impairment is a serious detriment, the list is very lopsided.

The frustrating thing is that like previous games in the franchise, Superstars divides up minigames into packs, and you can select which pack of minigames you want when you set up a new game. However, even if you select family friendly minigames, you will still get a large number of games that are just not fine-motor accessible. This is so frustrating because it’s the kind of feature that would make Mario Party barrier free. If Nintendo had created a list of games that they knew were accessible and had an Accessible Games pack you could select, I would have nothing but praise for Nintendo. But alas, this doesn’t exist, and so I’m left with the fact that Mario Party Superstars is only partially accessible for fine motor. The only thing that saves it from being completely inaccessible is that these games have always been heavily dependent on luck, so no matter how poorly you do in an individual minigame, there’s always a chance that you simply luck out, land on the right squares, and win the game. This means that relying on luck is the only way that most fine-motor impaired players will be able to interact with this title.