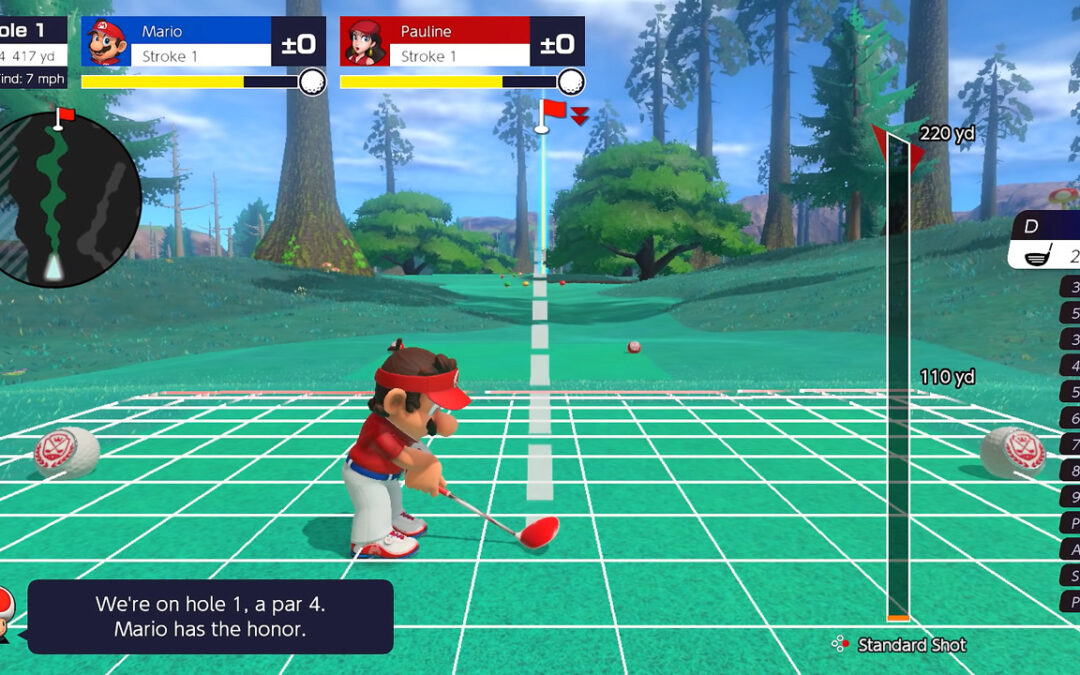 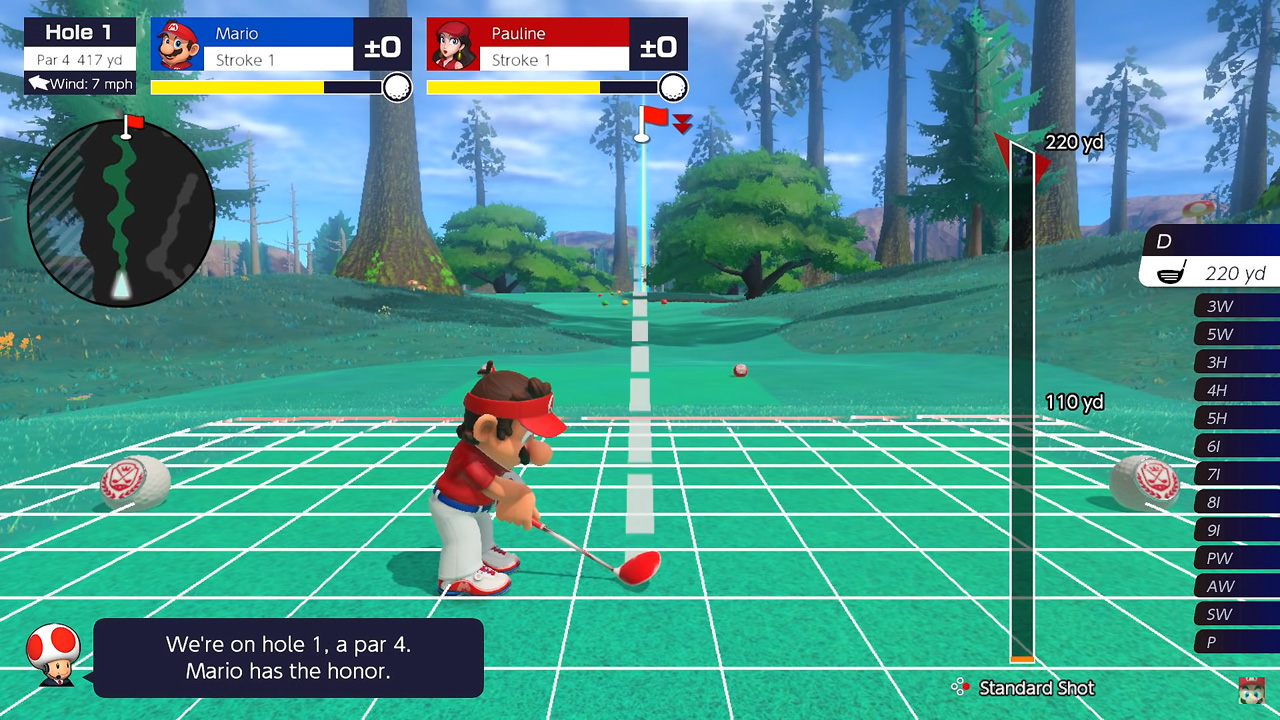 Mario Golf: Super Rush is the latest installment in the perennial Mario Sports family. Like previous Mario Golf games, it simulates golf through the use of a QTE to set the power of each swing as well as the desired arc and distance. Traditionally, Mario Golf games have been very accessible to most physically impaired players. The same is generally true for Mario Golf: Super Rush; however, for a subset of disabled gamers, the developers at Nintendo have made a series of puzzling choices that make it less accessible than previous games in the franchise.

Deaf and hard-of-hearing players will have the fewest problems with this game, whether it’s playing the new adventure mode or hitting the links old school. Nothing major requires the ability to hear. All “story” is communicated through large blocks of text, and none of the sound effects seem to have any impact on gameplay.

Super Rush is somewhat harder to evaluate for visually impaired players. The easiest way I can describe it is if you’ve been able to play any other Mario sports game, you’ll probably be able to play this one. There are some small HUD elements and a minor reliance on visual detail in some modes with multiple characters, but nothing that poses any serious barrier. These barriers are mainly mitigated by the classic Mushroom Kingdom art style that relies on bright high-contrast colors and easy-to-see cartoon elements. It’s important to note that most of the hard-to-see elements are tied to the more technical displays, such as the wind-speed meter and range finder. But, if you’re just looking to have a chill time playing golf and not trying to be the Mushroom Kingdom’s Tiger Woods, I doubt you’ll notice these barriers.

The real disappointment is for players with fine-motor impairments. This is because it appears that developers at Nintendo devoted half their resources to a new story mode that adds additional barriers to Super Rush that haven’t existed in previous entries in the franchise. In this mode, players create a Mii and work their way up through the ranks of the Bonny Greens clubhouse by doing drills that teach the fundamentals of the game and completing tournaments. No big deal, right? Wrong. For some reason, when competing in the main events, there’s a shot timer. Players have 90 seconds to shoot their shot, run after their ball, find it, and make their next shot. If unable to do so in the allotted time, they’re hit with a stroke penalty and still have to complete the process. Combine that with a Mario Kart-like system where you can mess with other players by using power shots and environmental hazards, and it’s very clear that Nintendo’s bright attempt to breathe life into Mario Golf did not take accessibility into account.

To be clear, I love Mario Golf, and the classic modes that are still there are still very accessible, but it seems like Nintendo has truncated the classic elements of the game in favor of a game mode that rewards speed and quick reflexes over the traditional accuracy and planning of other Mario Golf games. As a result, even though this game only has a few barriers for a small subset of disabled gamers, I really can’t recommend it. It doesn’t provide the same amount of barrier-free content as other Mario sports games, and as a result, it left me feeling like I wasted $40 of the $60 of the game’s price tag.