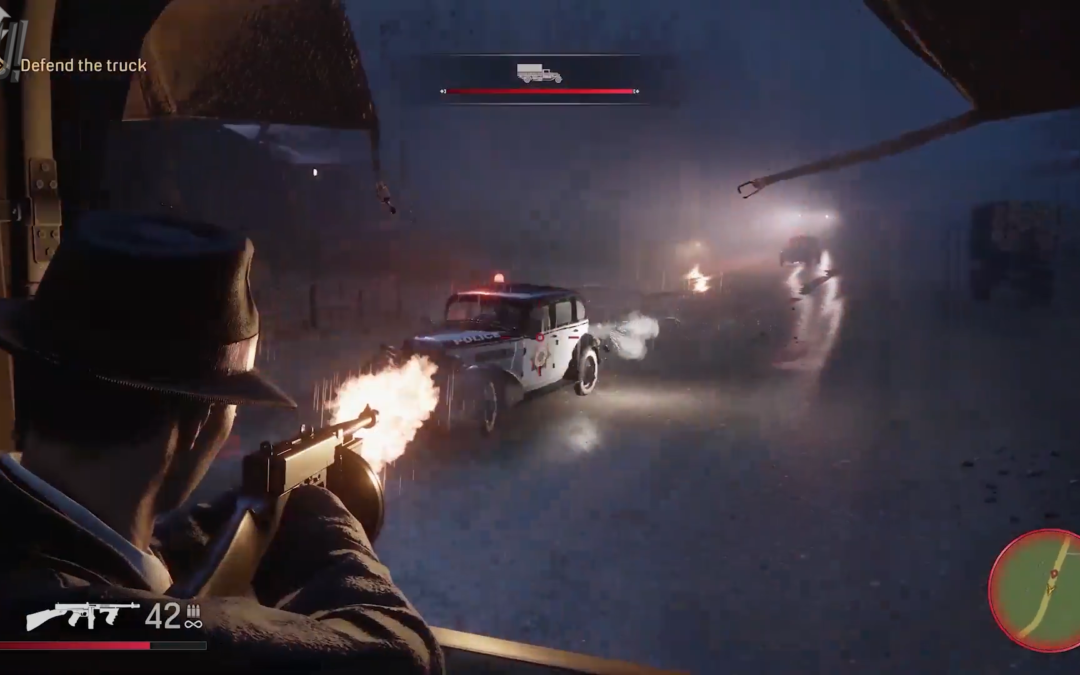 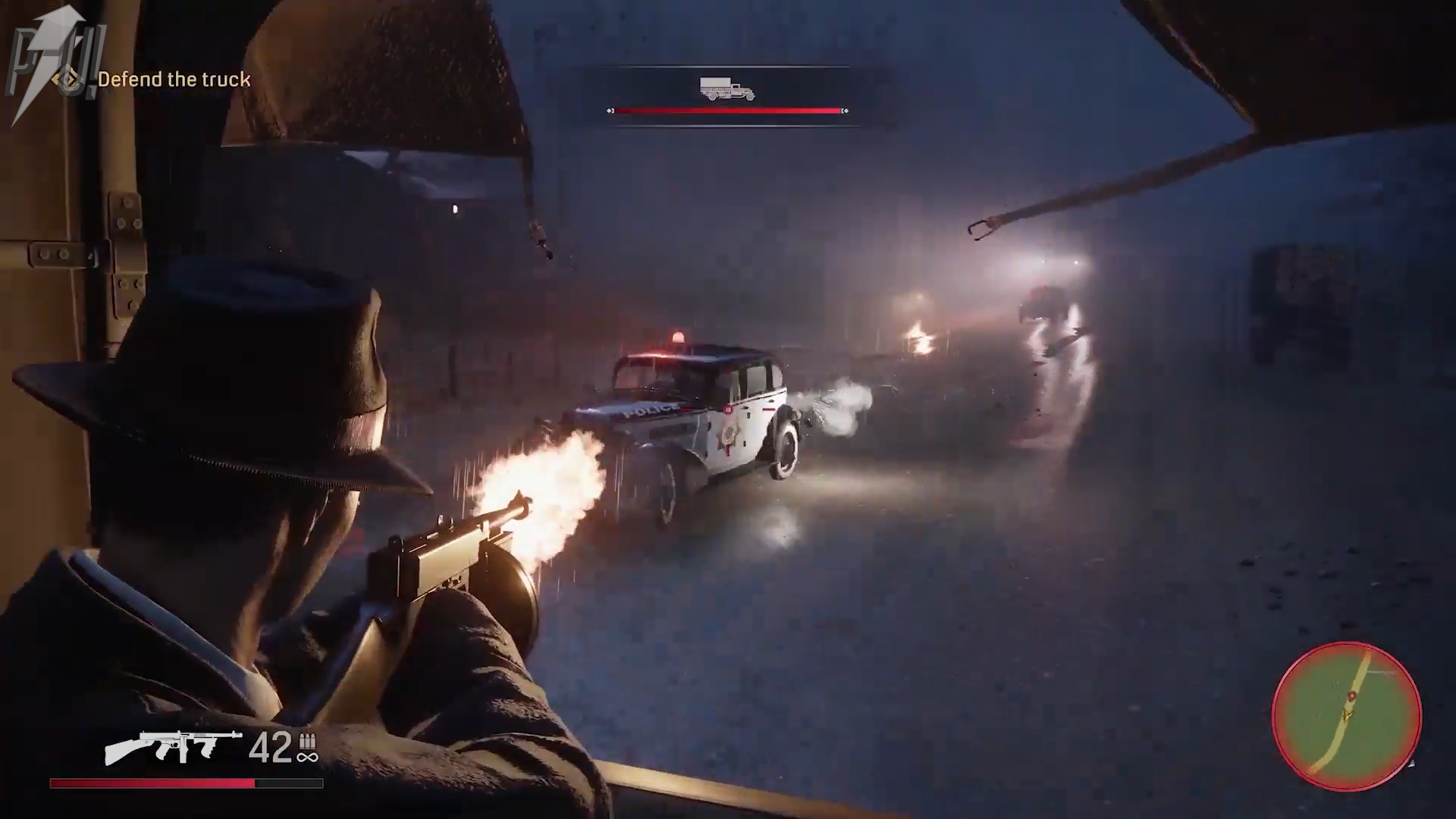 Mafia: Definitive Edition is the latest offering from Hangar 13, and it seeks to reinvigorate the 2002 classic by giving it a dose of modern technology. As a fan of the series who got his start with 2010’s Mafia II and played the sequel six years later, I jumped for joy at the opportunity to play what many call the best installment in the trilogy with a new coat of paint and a few modern conveniences. The Mafia games follow three protagonists during different eras in American history with the overarching theme of family. The series is an exploration of what it means to be family and the lengths one would go to in order to protect theirs. Set during prohibition in the fictional city of Lost Heaven (a stand-in for Chicago) the story follows the exploits of one Thomas “Tommy” Angelo, a taxi cab driver who becomes an enforcer for one of two organized crime families vying for power in the city.

With regards to accessibility, the Definitive Edition can best be described as a mixed bag. Some features seem like a genuine attempt to make the game accessible while others are not as effective as they could be or absent altogether. The game is partially accessible for those with motor-function disabilities. Aim assist here is very generous, and thankfully the checkpoint system has been made more forgiving. However, combat itself has been copied and pasted directly from Mafia III with no changes, and in a few levels the aim-assist is inexplicably deactivated, causing the same combat barriers Mafia III had. There’s no health regeneration, and Tommy can only take a handful of shots before nearing death, just like Lincoln Clay in Mafia III, at which point one must hope they’re near a medicine cabinet, of which there are thankfully plenty. Melee attacks from enemies do a hefty amount of damage, and avoiding them requires quick reflexes. Controls are not customizable outside two presets, which is unfortunate because there are quite a few missions that involve driving and shooting simultaneously. An auto-drive feature like the one in Far Cry 5 would’ve been useful so a player wouldn’t have to worry about steering while trying to shoot, but at least Tommy aims automatically if he’s wielding a gun while driving.  The auto-drive the game does have is only available to get to and from missions, provided you aren’t being attacked or chased along the way. This may seem insignificant, but it really helps in keeping my hands from exhausting before getting a shot at a mission. There are also quite a few time-sensitive missions as well as several in which detection by an enemy leads to failure. The Steam page claims the game has full controller support, meaning that both PS4 and Xbox One gamepads should work; however, as of writing this review the Steam version only supports Xbox One pads, and in my case, a PS4 controller would have helped my hands not to fatigue as quickly due to its smaller size and adjacent joysticks. It may not be perfect, but Definitive Edition is a good effort, thanks to plenty of medicine cabinets and an improved checkpoint system and as such is partially accessible to the motor function impaired.

This game struggles the most in accessibility for the visually impaired. There are subtitles with speaker tags, but there doesn’t appear to be any option to add a background to keep them from blending with environments nor is their size or color adjustable. The fact that there are no settings for colorblindness makes Mafia: Definitive Edition a difficult game to recommend for colorblind gamers. The mini-map has quite a few distinct icons, but the majority are color coded, and some tend to collide with each other and blend together, so those with colorblindness may struggle. Map size can’t be adjusted, and even though road signs implemented by the in-game GPS are slightly larger than the map, most visually impaired gamers will still struggle, so unfortunately it’s visually inaccessible.

While I don’t think the deaf or hard-of-hearing will have difficulty following the story thanks to subtitles, the shooting audio is cause for concern. Sometimes during combat, the player will be taking damage from gunfire and unable to identify enemy position due to poor directional indicators. If gunshots can’t be heard, visual damage indicators are usually present to offset this. Mafia: Definitive Edition has indicators, but they are too small and don’t linger on the screen long enough to properly identify enemy positions. In normal circumstances, I’d probably say it’s barrier free because when it comes to auditory accessibility the series is pretty consistent, but because the damage indicators here are a step backward when compared to Mafia III, where they were larger and lingered longer, and shooting is integral to the experience, I believe it’s fair to call it thoroughly accessible in auditory accessibility.

In summary, Mafia: Definitive Edition doesn’t do much to change the formula set by Mafia III, which is quite surprising given the four years between titles. It may prove a challenge for disabled players, but the characters, world building, and story are top notch, and the reward is well worth the challenge, especially if you missed it the first time around. Hangar 13 approached this remake with the “if it ain’t broke, don’t fix it” mentality, and when it comes to a game as beloved as the 2002 classic, that is an offer you can’t refuse.