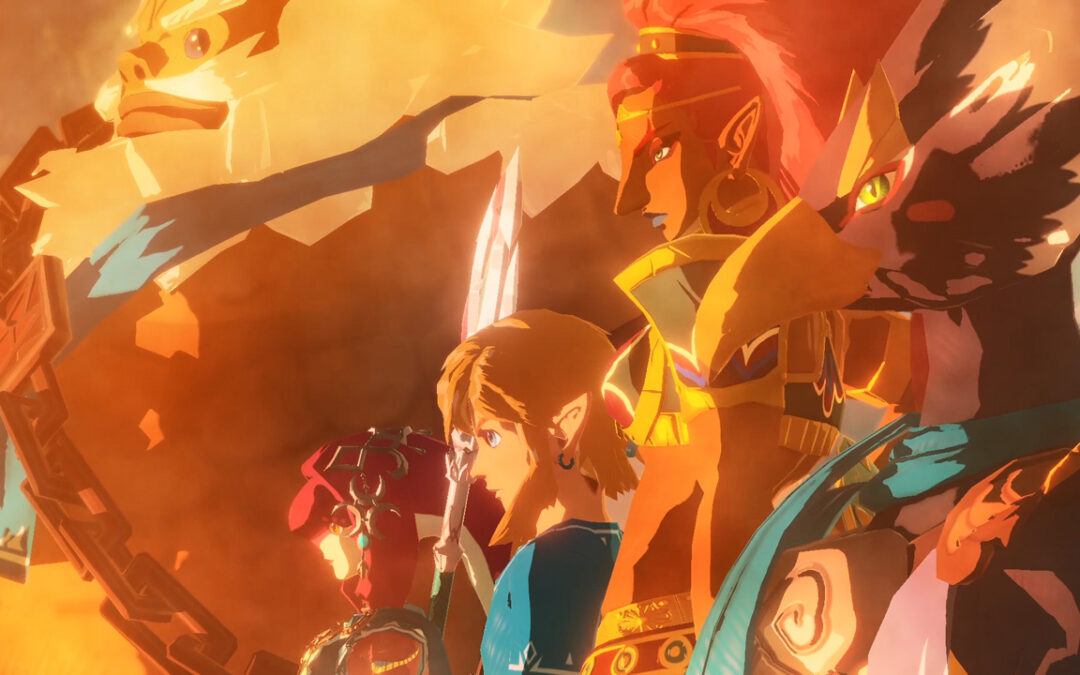 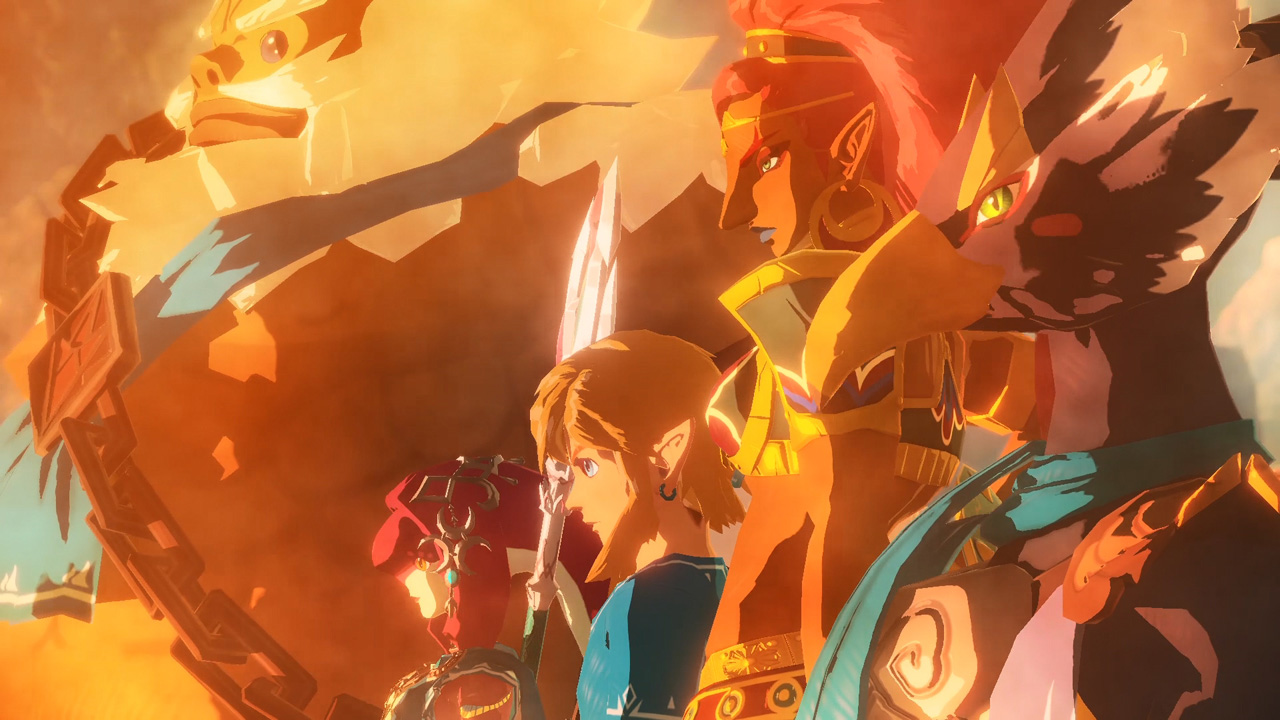 The Nintendo Switch launched with The Legend of Zelda: Breath of the Wild and transformed what players had grown to expect from the long-running franchise. To call it a gamechanger would be an understatement, as for the first time in a long time, the Zelda formula had been mixed up a great deal in a mainline game while still being true to the series’ roots. Looking at the NES original, BOTW set you off on a similar tale with minimal instruction but a more modern look and game design. Now, three and a half years later, Nintendo is returning to the Zelda franchise with a returning fan-favorite sub-series that uses the BOTW universe as its base.

The musou sub-genre of action games has in some ways taken the place of the old beat-em-up genre of days gone, with its fast-paced nature and one-versus-all approach. Some musou games, like Dynasty Warriors, focused more on pure combat while others, like the original Hyrule Warriors, blended in some strategy to make it a more robust experience. With the original Hyrule Warriors, you had a heavy emphasis on the characters and their core weapons, allowing every character their own unique gameplay. Hyrule Warriors: Age of Calamity keeps that trend alive and builds on it with the aid of BOTW lore.

Age of Calamity is the best-playing musou game I’ve enjoyed to date and managed to top the original Hyrule Warriors. It keeps the ability to switch characters as much as you want, which can completely change up how you approach each mission and avoids falling into the trap of getting old quickly. With either up or down on the d-pad, you can switch between the available characters and enjoy things like Link’s mix of short-range power, Impa’s magic-heavy attacks, or Zelda’s usage of the sheikah slate to infuse her attacks with more range and power than Link but not quite as much as Impa. Throughout the adventure, you’ll unlock other characters as well, including the Goron Yunobo, who is a top-shelf short-range fighter and deals out a lot of damage to clusters of foes who try to surround him while also using longer-range strong attacks. He’s a powerhouse and reminds me of a tank-style character in a first-person shooter with how versatile he can be in the right hands.

The game’s combat has a surprisingly high amount of depth, and it’s something that helps set this sub-series apart and makes it a perfect gateway musou game. You have a weak attack, strong attack, and numerous combos when you string them together. You also have button-mashing weak spot attacks when a larger foe gets to the end of their life bar. This alone helps ensure that you don’t abuse the game as a “press Y to proceed” brawler because you will make minimal progress, since you can only do good amounts of damage by mixing things up. Beyond having weak and strong attacks, each character also has their own magic-infused attacks that help deal out damage at longer ranges and in more varied ways.

In keeping with this being part of the Breath of the Wild universe, you can use various powers from that game here, so you’re able to use things like ice blocks to put enemies in position for attacks or chains to lock them in place and deal out more damage. You can even throw bombs or shoot arrows for long-range attacks from Link, with gyro controls retained from BOTW. It’s amazing just how much how keeping this within that framework helps make it feel more authentic and more like an extension of that game instead of a side game. Hyrule Warriors felt like a bit of a hodge-podge of Zelda tropes and gameplay elements, but Age of Calamity is more focused and benefits from being within the BOTW universe.

The core gameplay loop in Age of Calamity is surprisingly diverse, while still keeping within the fast-paced expectations for the genre. When you have a genre that is so defined by fast button presses, it’s easy to think of it as lacking substance, and while there are games that fall victim to that problem, this isn’t one of them. It winds up being a surprisingly modern-day Zelda experience within the framework of a musou game and includes far more plot at a faster pace than Zelda fans may be used to. After every mission, whether it’s a main mission or side mission, you’ll get some kind of plot-related content. Like BOTW, you also have full voice acting, and I found that since there’s a faster-paced story here than usual and every major character is voiced, I was more engrossed in the story here than I was with BOTW.

Age of Calamity’s mix of action and story keeps players far more engaged than many other musou games. The fast nature of the game’s action makes it a tough one to grade from an accessibility point of view because if you have any kind of arthritis or finger joint pain, a single 30-minute gameplay session consisting of up to 1,000 KOs and more button presses will be a bit much. Playing with a turbo controller may help in that regard, as you can somewhat automate your standard attacks and then do the same for strong attacks to keep combos alive and maintain some flow in the action. However, this takes away from some of the strategy. It’s less of a flaw of this particular game and more a consequence of the genre because you can only do so much to take away button mashing in a genre that uses it as its foundation.

They could automate some functionality via a menu—like taking weak spot X button mashing and distilling it down to a single button press. It could be added and would help ease the physical side of the game for motor-impaired players. Aiming is already made easier with the gyroscope, so if you have Joycons or a wireless Pro Controller, you don’t have to move a right stick for slower, less accurate aiming. When it comes to fine-motor accessibility, it’s impossible to recommend the game, or anything in this genre, simply due to how much button mashing is needed in order to progress. You do have some mid-mission cutscenes to help break things up, but mid-mission checkpoints that save progress would make longer play sessions more accessible to those who have a harder time with button mashing-centric games.

Visually, Age of Calamity fits right in with Breath of the Wild for better or worse. The cel-shaded aspects still look fantastic, but the same muddy-looking environmental textures that hurt BOTW rear their heads here and drag the experience down a bit. Fortunately, the game’s smooth animation and slick cel-shaded characters still hold up nicely. The game also maintains a pretty steady framerate throughout most of its action, and in docked mode, you still have a good amount of detail in the character models and weapons. In portable mode, you do get muddier-looking characters, but the framerate remains reasonably solid and doesn’t dip nearly as much as I thought it might without the power boost of the dock.

Age of Calamity features some of BOTW’s tunes along with a ton of original songs that are all top shelf. The voice acting is outstanding and easily the best in a Nintendo-produced game to date. From minute one, the stakes of the world-ending calamity are put front and center, and everyone plays it straight, even with a goofy R2D2-esque helper along for the ride. The game is fully voice acted, and you do get subtitles, but you don’t have the option of changing the size of either the subtitles or menu text, which can be a bit problematic especially in portable mode. Scaling the UI can really help make the game overall easier to read, and there isn’t even a text size option. This means that following the story by text alone can be tough if your hearing or vision are impaired, and the smaller text can make some menu commands harder to read when they aren’t followed by button prompts where you can figure things out with trial and error at least.

Overall, Hyrule Warriors: Age of Calamity is a fantastic musou game but a tough one to recommend for disabled gamers. It plays like a dream and has more depth than ever found in the prior high point in the genre in Hyrule Warriors. It also features impressive cel-shaded graphics that hold up nicely in fast motion outside of muddy environmental textures that remain the lone visual weak spot in both this and Breath of the Wild. It’s a hard game to recommend if you have fine motor impairments, especially anything triggered by repetitive actions because it’s a large chunk of the game, and even a turbo controller can’t fully resolve it. Visually, it needs larger text and the ability to scale the UI to really be user friendly in portable mode. Thanks to subtitles, it’s largely solid when it comes to auditory accessibility, although it might be nice to have them featured for music descriptions. That could really become a visual mess in portable mode, so I can understand it not being included. If you don’t face any visual or fine-motor challenges, Age of Calamity is a great gateway game for anyone looking to get into the musou genre.