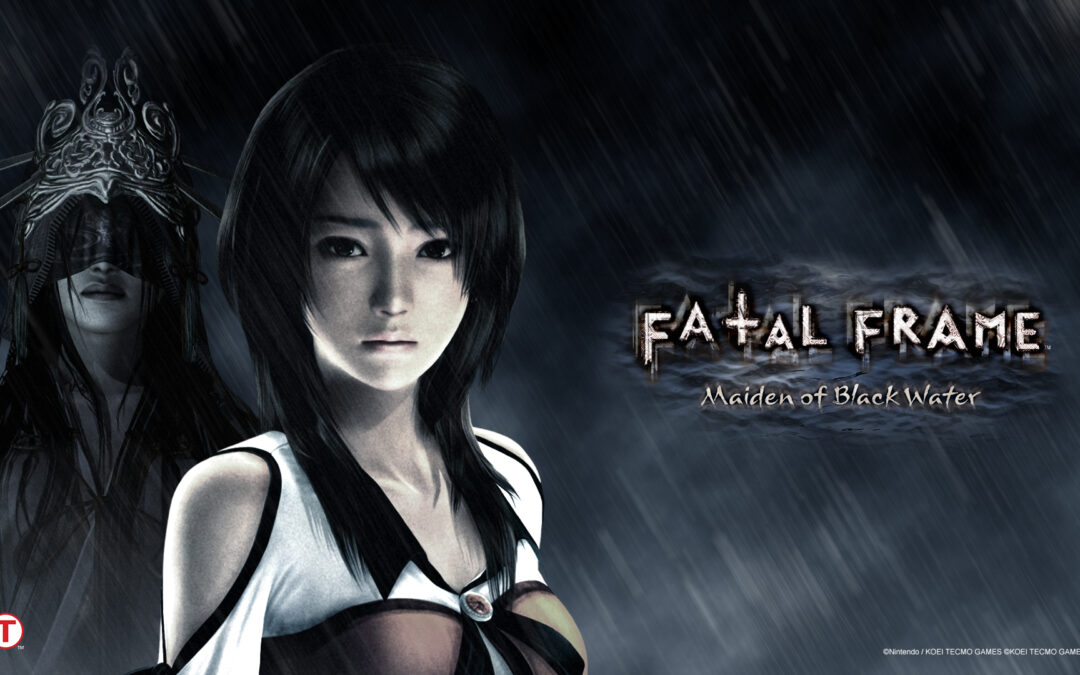 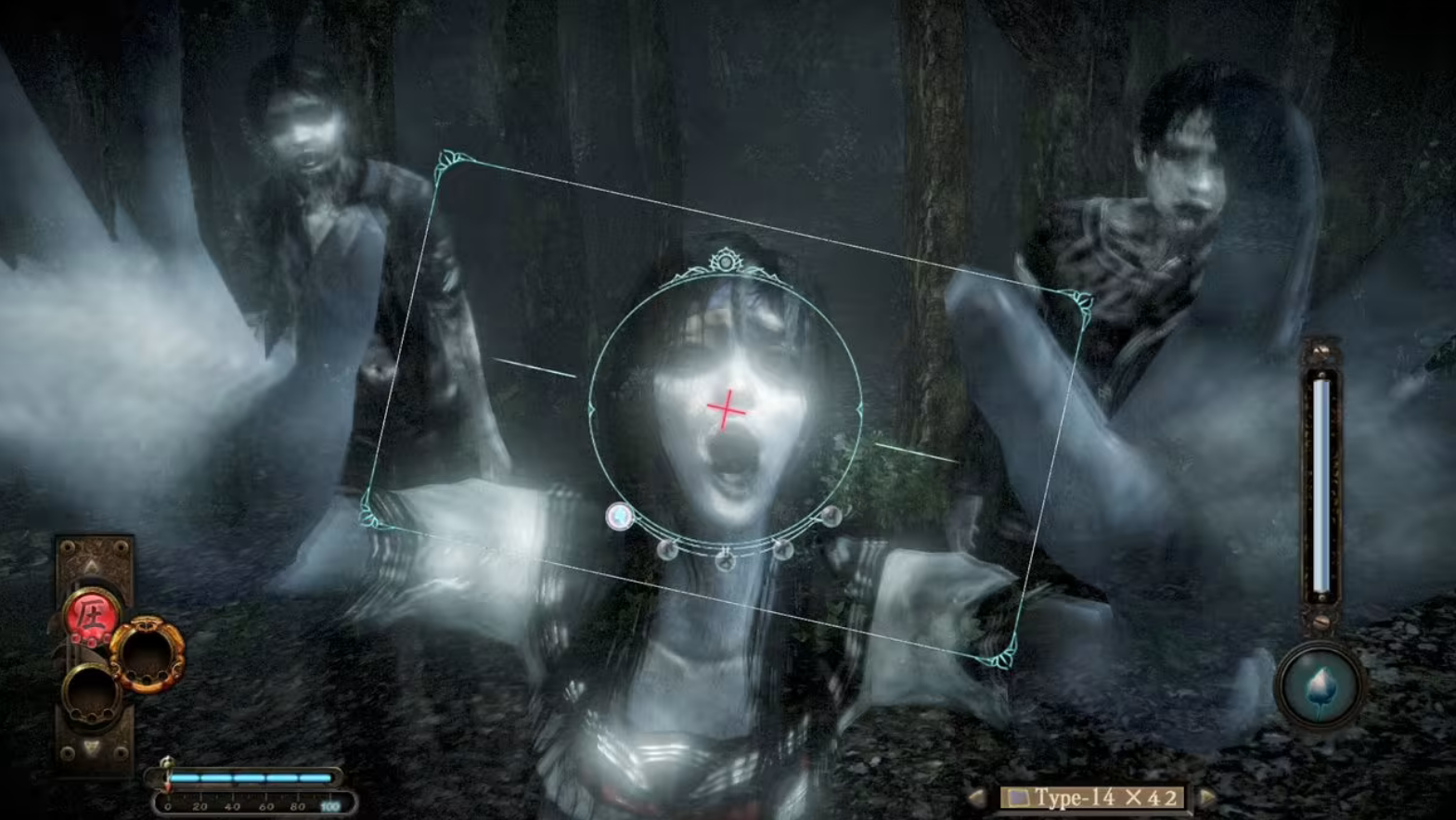 Explore a haunted mountain in Japan with your only weapon, the Camera Obscura! Fatal Frame: Maiden of Black Water is the latest game in the survival horror series developed by Koei Tecmo. Originally this game was released on the Wii U back in 2014, but recently it was remastered for the PlayStation 4, PlayStation 5, Nintendo Switch, Xbox One, Xbox Series X, and PC. The Fatal Frame: Maiden of Black Water remaster brings back all the disturbing scares from the original and also brings new gameplay mechanics, updated graphics, and new difficulty modes. However, some versions of the game are more accessible than others.

For those unfamiliar with the Fatal Frame series, know that it’s a third-person horror franchise about psychic individuals fighting malevolent ghosts with an antique camera. The Camera Obscura is the main weapon of the series, which lets the user take pictures of spirits and exorcise them permanently. If the player gets a ghost in the middle of the viewfinder frame, a “Fatal Frame” moment can be initiated. This exposes the ghost’s weak point, which is represented by a loud noise and bright red border that pops up briefly. Throughout each game the player can find different film types and special upgrades for the camera, like lenses that allow for stunning ghosts or even slowing them down. You gain score points for the more successful pictures you take, and trying different camera angles can also increase your score. A life meter is shown on the far-right side of the screen, and it is depleted the more that aggressive ghosts land a hit. Fatal Frame: Maiden of Black Water adds a new status indicator known as the “Wetness Meter”. This meter lets the player know when they come into contact with water (when raining or in flooded areas) and as it increases, they become more susceptible to ghost attacks. Certain ghosts can also inflict you with “Black Water” infection, which is an ailment that decreases vision and defense. Herbal Remedies and Purifying Embers are health replenishing items you can find as you play the game or you can purchase them in between chapters with score points.

For transparency, I’m reviewing the PC version of Fatal Frame: Maiden of Black Water (shortened to Fatal Frame 5 going forward, as it is the 5th game in the series). Unfortunately, the PC port of this remaster is the least accessible version of the game. For starters, Fatal Frame 5 did not ship with mouse support. There was no mouse support whatsoever, not even to scroll through menus. Let that sink in. Add on top of this the fact that Fatal Frame 5 has some of the fastest ghost enemies in the series and more QTEs than ever before. Suffice it to say, disabled gamers with fine-motor skill impairments will have a very tough time playing this game. I have heard combat isn’t as big of a problem on the console versions, mainly because this game just plays better with a joystick. Ghosts move very quickly in Fatal Frame 5 and some of them can even teleport behind you instantly. For disabled gamers, I recommend locking on when you can. When the ghost gets too close, they will grab the player and initiate a QTE, forcing them to take a picture of the ghost at just the right moment. Funny enough, when this happens the camera is auto-locked onto the ghost until you shake them off, which actually requires a lot less movement, but health is slowly decreasing until the ghost lets go. Controls can be customized in the options menu, but certain functions only allow you to choose from a small section of the keyboard. The control schemes are visually represented only by Xbox One controls for some reason, so it can be a little confusing to figure out what function does what on the PC unless you know this ahead of time or have played some of the first chapter at least.

Thankfully, Fatal Frame 5 does let players use the on-screen keyboard if they go into the graphical settings and change to Borderless mode. This is honestly the only way I was able to play the game, as I’m unable to use a normal keyboard because of my disability. You can’t manually save in Fatal Frame 5, but the game does a good job of letting you know when it’s autosaving with a visual indicator on the bottom right-hand corner of the screen. Fatal Frame 5 has three different difficulty modes to choose from including: Easy, Normal, and Nightmare mode (Nightmare difficulty can only be unlocked after the game has been beaten at least once). Easy mode is recommended for those who just want to get through the story and with less damage taken throughout. A Very Easy mode was added to the game a few weeks after release.  From what I experienced trying it out, players will encounter fewer ghosts in this mode and healing items will be much more prevalent. These lower difficulties will definitely give disabled gamers a much-needed reprieve from the tricky combat, but just know that in these modes your score points will not be recorded.

Fatal Frame 5 is visually and thematically very dark. Background images may be difficult to see for disabled gamers with visual impairments. You can customize a brightness slider in the options menu if you prefer. Thankfully, every interactable item in the game has a nice bright glowing silhouette that reveals its location and a white indicating arrow will also point to every object on the map if you are nearby. Colorblind players will have the most trouble identifying the “Black Water” status effect. There isn’t a great visual representation of this, and as someone without a visual impairment even I had trouble noticing when my character was infected. I would just recommend using the Purifying Embers whenever the life meter is depleting rapidly. Deaf players will most likely miss out on a lot of the atmosphere in Fatal Frame 5. It probably goes without saying that survival horror relies on music or sound effects for scares, and this game is no exception. There are subtitles available in the options menu, but they’re not very consistent, especially with background dialogue. This is a shame because a lot of what makes the ghosts intimidating is what they say to you when they’re attacking, and subtitles are rarely present in these moments. Still, deaf players should be able to get the gist of the main story from context clues and reading game documents. Also, there’s volume control that players can customize in the options menu.

As a longtime fan of the series, I’m extremely happy that it’s finally been brought to modern consoles. Fatal Frame: Maiden of Black Water has an unsettling soundtrack throughout, and the upgraded graphics make the ghosts even more terrifying than ever before. However, it’s just simply inaccessible on PC. The clunky controls will make it very difficult for disabled gamers with fine-motor skill impairments, and the inconsistent subtitles will be a challenge for deaf players. As of writing this review, the developers have added much needed mouse support, and I have noticed Koei Tecmo has been pretty good about listening to fan feedback. For now, if you decide to try Fatal Frame: Maiden of Black Water, I would recommend the console version.