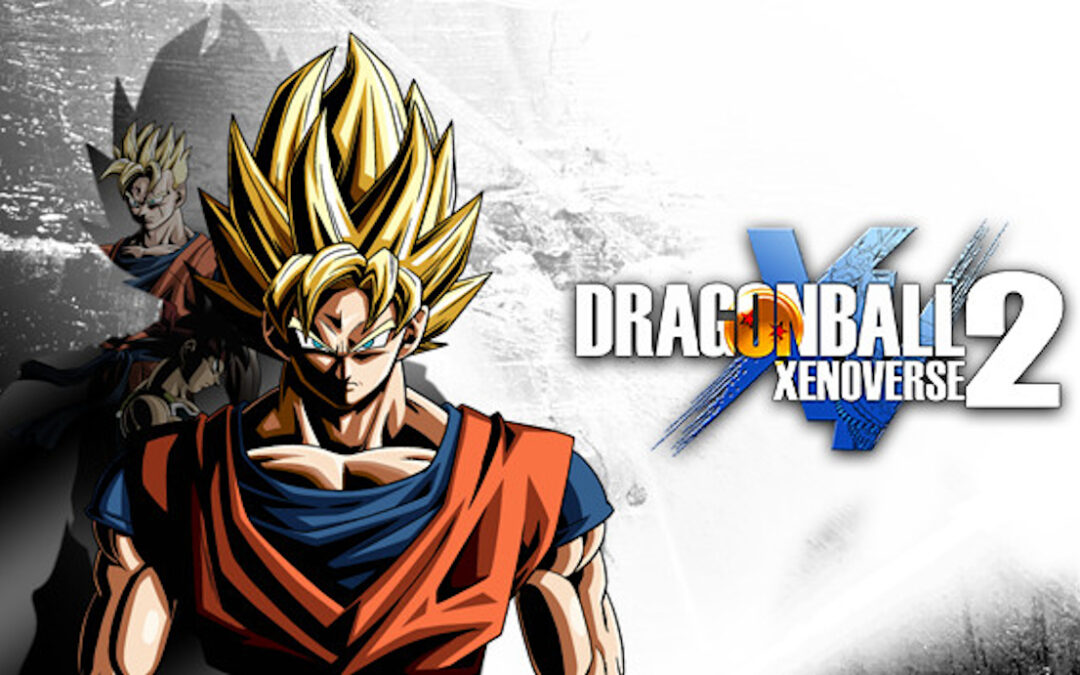 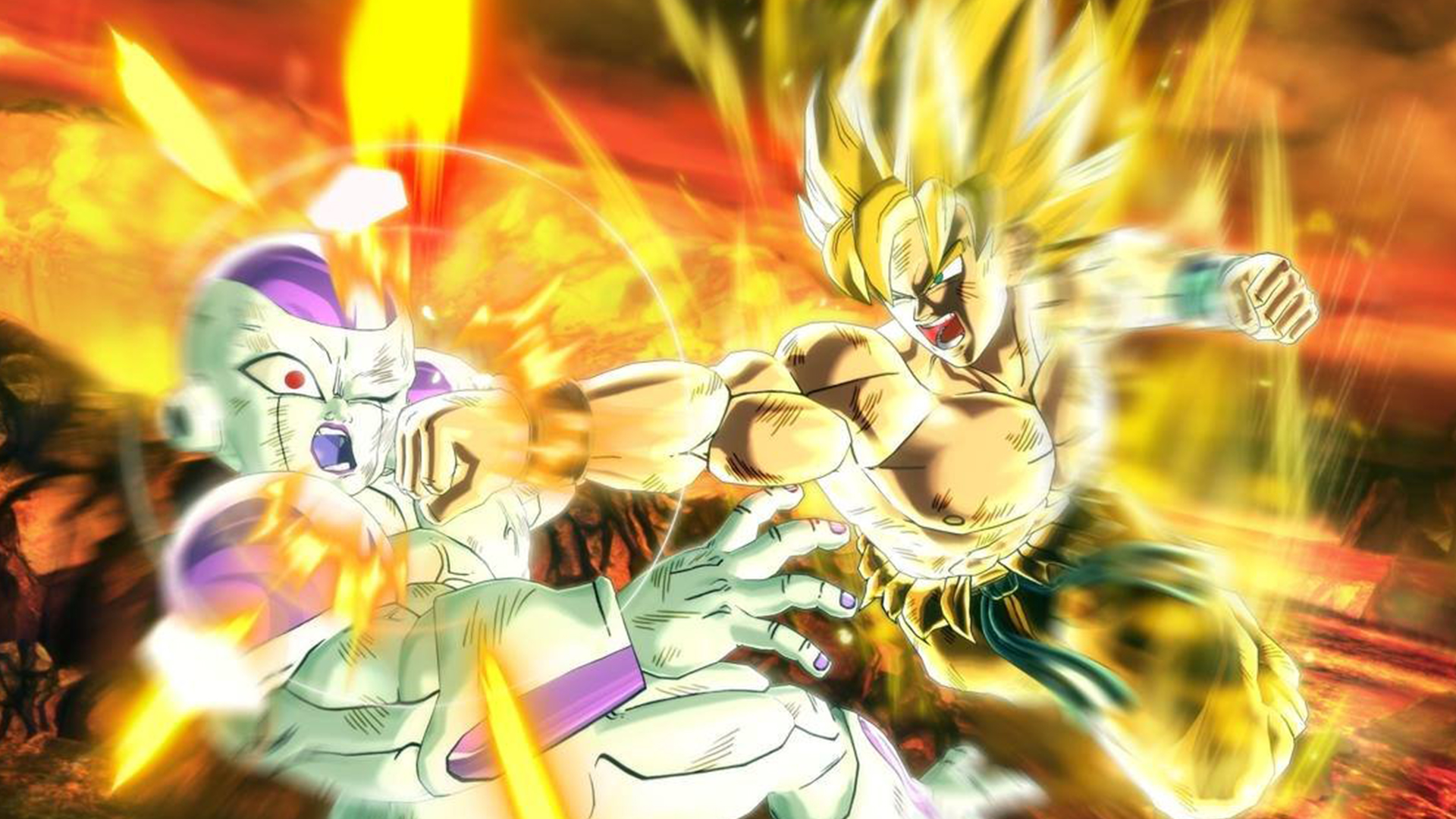 Fight alongside your favorite Z-Fighters to stop the dark forces and save time itself! Dragon Ball Xenoverse 2 is both an action RPG and fighting game. It was developed by Dimps and published by Bandai Namco for major platforms like PlayStation 4, Xbox One, and Nintendo Switch, but I’m reviewing the PC version. Although it was released back in 2016, since then there have been many expansions added to the game and even more DLC is planned for this year. Xenoverse 2’s accessibility allows for streamlined combos, but some of the game’s controls could use work.

Xenoverse 2 has you sparring against popular Dragon Ball characters in 3D battle arenas. The gameplay consists of fighting online or offline, level grinding, collecting Dragon Balls, and completing side quests (called Parallel Quests) for NPCs. Parallel Quests are a great way to gain experience, and you are allowed up to two guest characters to fight with you on these missions. There are over 80 characters in the base game you can choose to fight with during Parallel Quests, not including DLC characters. In Xenoverse 2, you can also create your own customized main character and there are five races to choose from: Humans, Saiyans, Namekians, Majin Buu, and Frieza race. Each of the races in the game has different strengths and weaknesses, like race-specific quests and transformations. This game is technically a sequel to the game Dragon Ball Xenoverse (2015), so players can transfer their save data from the first game if they like. However, players who haven’t played the first game can also choose from pre-made avatars to replace “The Hero” from the prequel as well.

Disabled gamers with fine-motor skill impairments may have trouble playing parts of Xenoverse 2. The PC version has customizable controls to some degree, but a few keyboard buttons are locked and are unable to be altered. Despite the fighting in the game being pretty straightforward, there are separate buttons that need to be pressed for a variety of functions. This includes a separate button for jumping, ascending and descending in the air, the Dragon Radar, vehicles, the camera, interacting with NPCs, and the map. Managing all of those buttons could prove difficult for some gamers. The main moments where you’re required to press certain buttons deal with tutorials and not so much casual fighting.

Like I said earlier, Xenoverse 2 does a great job of streamlining combos, so disabled gamers can definitely get away with just pressing the Weak Attack and occasionally a Super Move during combat. Unlike a lot of fighting games, completing complicated combos in Xenoverse 2 only requires a few buttons, so in this way the game is a breath of fresh air. Still, fighting fast-moving enemies can get tricky, especially later on in the story mode where you are not allowed guest characters for support. Thankfully, Xenoverse 2 has a very helpful autosave feature. The game often saves for things as simple as talking to a character or leaving a map, but to be safe I can tell you the game always saved after completing a sidequest. Players can tell when the game is saving by looking for a bright green spiral arrow that appears at the bottom right-hand corner of the screen.

For those with visual impairments, the PC port of Xenoverse 2 offers a few more accessibility options compared to the console version. When fighting, the screen can get quite cluttered as you are often going against several enemies at once. Every transformation, basic attack, and Super Move are all accompanied by bright chaotic visual flair. For some players, this might be distracting. Thankfully, you can turn the HUD completely off in the options menu. Colorblind players should take note that the map for the hub city does have color-signifying icons, which are not always easy to locate. Also, there are color-signifying objects for quests involving collecting Dragon Balls. For those unfamiliar with the franchise, Dragon Balls are large orange and yellow orbs. Once seven are collected, you are then granted one wish from a giant god-like dragon. In Xenoverse 2, Dragon Balls are represented as yellow dots on a green radar. However, the game also lets you know when you’re close to a Dragon Ball by emitting a loud beeping noise. So there are multiple ways players can find them.

Deaf and hard-of-hearing players should know that there are subtitles in the game, but they’re not always consistent. Background dialogue is rarely subtitled, but subtitles in story mode are very straightforward, so there shouldn’t be any problems understanding what’s going on there. Players can customize individual sound levels in the game, including dialogue, sound effects, and music. On the topic of music, Xenoverse 2’s soundtrack is automatically turned up very high, so some players may need to change the sound settings to find a comfortable volume. It shouldn’t make the game inaccessible, but I thought it was important to mention.

Xenoverse 2 definitely sets itself apart from other fighting games. Every time the player gets in a battle, they become extremely powerful and it’s like they’re recreating an epic fight from the Dragon Ball anime! Disabled gamers with fine-motor skill impairments may have trouble fighting multiple enemies, but the game’s autosave feature is very consistent. Those with visual impairments can customize parts of the HUD in the options menu, but only when playing on PC. Xenoverse 2 has a lot to enjoy, though it’s important to remember that not every accessibility option is available in every version of the game.