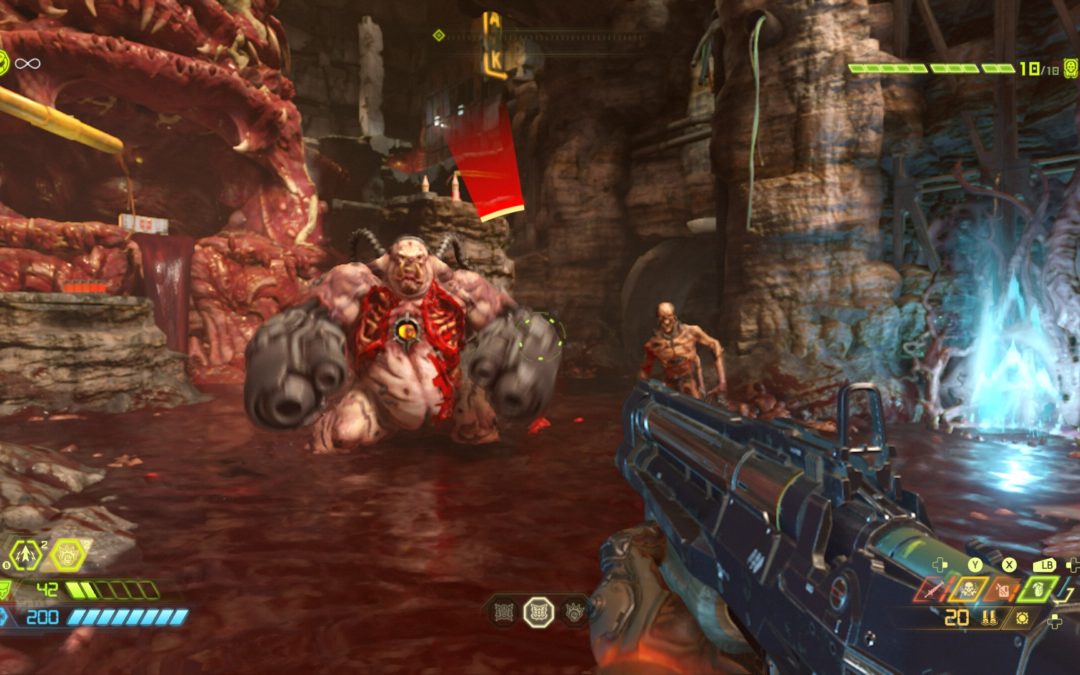 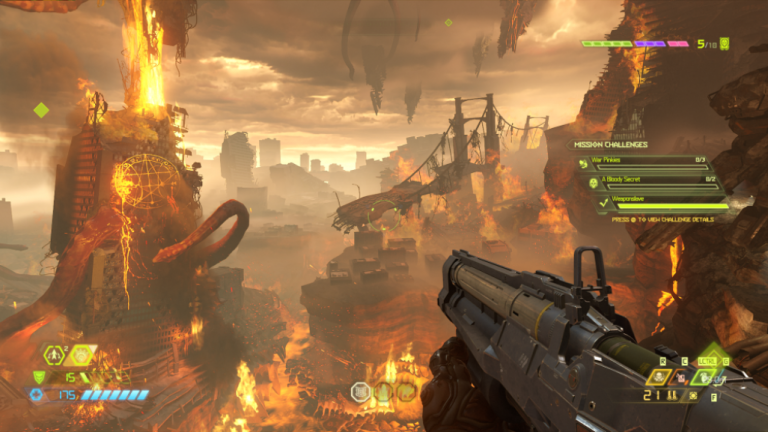 Doom Eternal is the latest entry in the franchise that can rightly be considered the godfather of the first-person shooter genre. As a follow up to 2016’s Doom, it follows the chronicles of the Slayer as he seeks to cleanse the planet of an otherworldly scourge. From an accessibility standpoint, this game represents both high standards for some and complete inaccessibility for others.

The inaccessibility in Doom Eternal will only affect fine-motor impaired gamers. While the game’s main combat is forgiving enough, and most of the controls are fully remappable, there are three core barriers that mean this game should be hard pass for most fine-motor impaired gamers. First, there is no stick customization, so players can’t set up legacy controls to make the game more easily playable with one hand. Normally this wouldn’t be a problem, but given Doom Eternal’s heavy emphasis on movement, players will find themselves dying repeatedly in the first few moments of the game and thereby unable to progress. The second major problem is also impacted by Doom Eternal’s heavy emphasis on movement. Id Software has taken the platforming elements of Doom 2016 and made them more complex and frequent in Doom Eternal. This means many players will not be confronted with the straightforward first-person shooter they were expecting but instead will frequently encounter segments that play more like a demonic Super Mario Bros. and require twitch reflexes not only to accomplish Doom’s main selling point, killing wave after wave of horrific monsters, but also to simply progress from one area to the next. Neither of these first two barriers are as significant as the third. Whether it’s the fan-favorite super shotgun or the always reliable BFG, Doom is a franchise known for its incredibly fun and powerful weapons. Unfortunately, In Doom Eternal players will have to hold down a button in order to access most weapon mods, which drastically improve the overall player experience. As a result of this and other barriers listed above, although Doom Eternal has plenty of fun moments of over-the-top bloody combat most players will enjoy, for players with fine-motor disabilities, I can not recommend this game.

The case is drastically improved for players with auditory impairments. Although there is not a heavy emphasis on narrative storytelling in Doom Eternal, what is there is heavily supported by a very solid subtitle system which not only allows players to customize the size of the subtitles but also the nature of dialogue tags, ensuring that an inability to hear does not impact your ability to enjoy the story. Furthermore, our reviewer didn’t notice any ambient dialogue that was not subtitled. It is true that there are various UAC advertisements and ARC scientist logs that play audibly throughout the level, but each of these are given the same subtitle support as the game’s dialogue. Finally, there’s nothing within the gameplay itself that relies on the ability to hear.

Where Doom Eternal really shines is in its visual accessibility. Not only are the subtitles highly visible thanks to the features listed above, but this title also features a color-blind suite that should be considered industry leading. Yes, collectibles are delineated by color on the map, but Id has compensated for this by providing two separate color-blind overlays, one for the HUD and one for the game in general. Each of these can be set up to compensate for one of three different color-blind diagnoses. Altogether, this ensures the vast majority of players will be able to hunt down all of Doom Eternal’s various collectibles and get full enjoyment out of the game despite their colorblindness. Combine that with an art style that’s overstated and highly visible, and it becomes clear that for many visually-impaired gamers, Doom Eternal will represent the new standard in the video game industry.