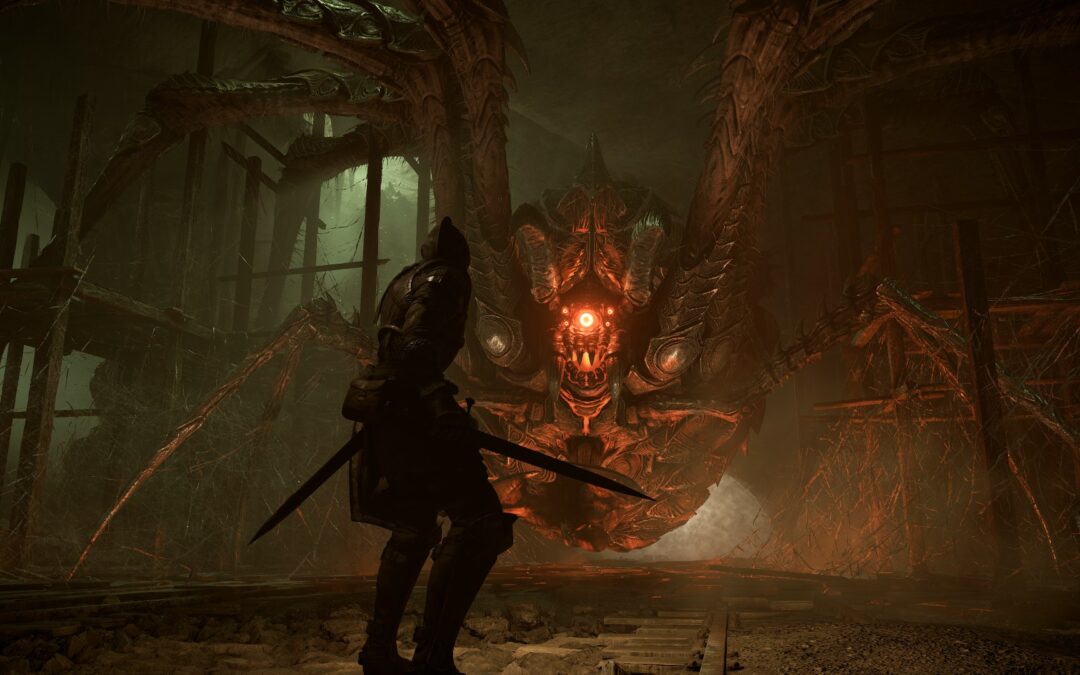 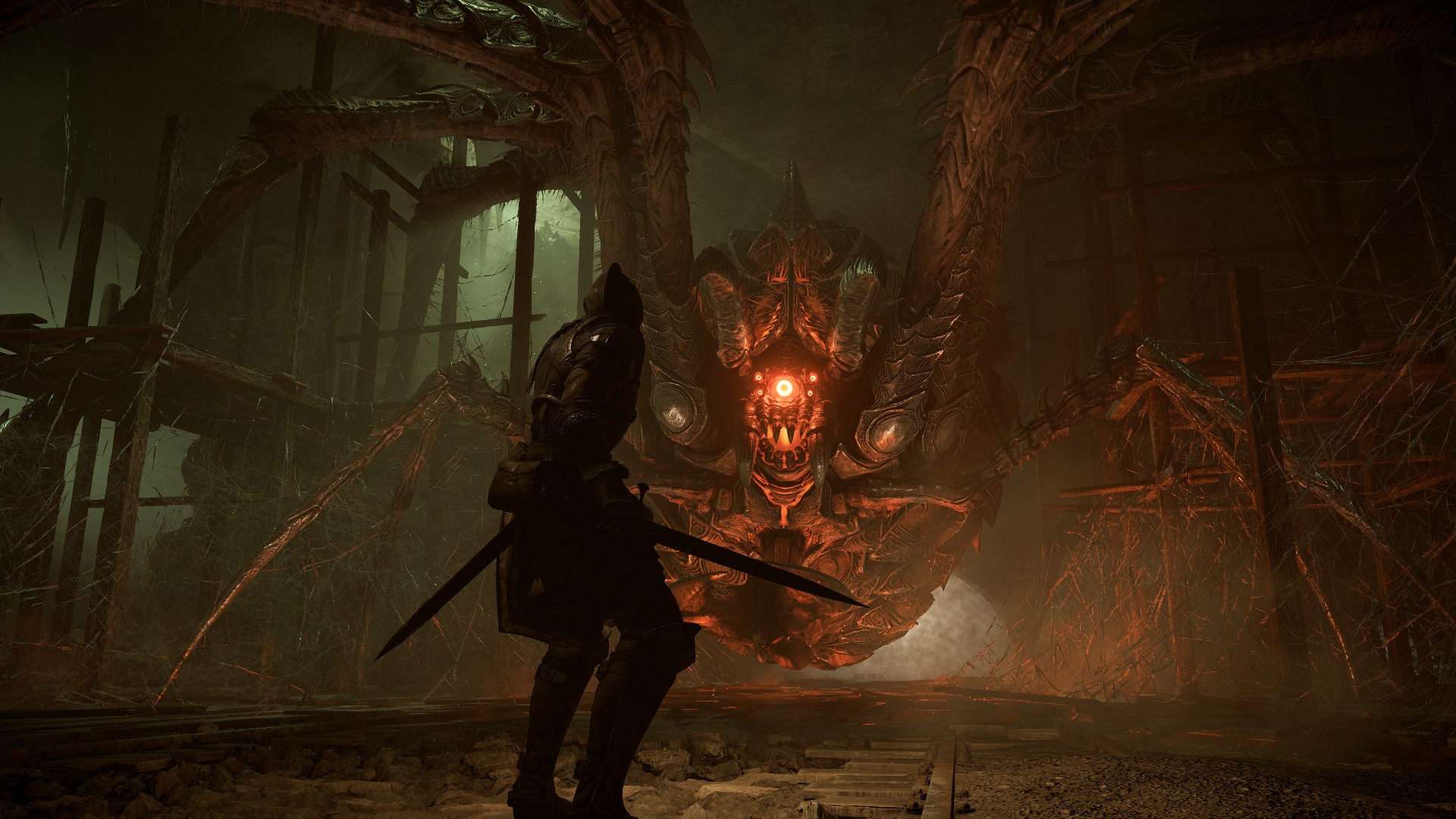 From Software’s claim to fame before the Souls sub-genre of strategic action lied in games like Armored Core and the more action-centric King’s Field series. However, as time went on, their portfolio grew to include a mix of stealth with Tenchu while keeping the deliberate pacing featured in King’s Field. These genres would serve as a foundation of sorts for what’s now called the Souls-like or Soulsborne sub-genre. The first proper Souls game was Demon’s Souls on the PS3, and it stood out due to how punishing it was. King’s Field was a slower-paced action game, and it taught that defense was just as important as offense, but the Souls games took it to the next level. Demon’s Souls tested players’ mettle, but when its online features were removed a couple years ago, it led to a lot of speculation about a remake.

The game that started the Souls trend taught the player right away that mistakes will be punished, and patience is required to progress. This series is predicated on caution, and going in with a careless mentality is a surefire way to go down quickly. The words YOU HAVE DIED appear on screen often, but the experience is something to draw from in subsequent attempts.

It’s very easy to get on a hot streak killing enemies and end up with a false sense of security. The remake in particular is so beautiful that it’s tempting to take a step back to smell the roses—or in this case, to enjoy the scenery. The atmosphere lulls the player to overconfidence with nice, open areas for combat, and then BOOM, a claustrophobic space. Fortunately, Demon’s Souls does a fantastic job of teaching how to play the game and includes not only text menus but on-screen videos as well.

Some may wonder how, in the era of YouTube, this actually helps a gamer on a practical level when they could search for things outside of the game to get video assistance. As someone who’s pretty rusty in this genre but greatly enjoyed Dark Souls III and Bloodborne, I found the videos to be a nice refresher course, and they were aided by high-fidelity quality and being context sensitive. The tutorial videos show how to refine skills, so while the game itself gives tips for when the player should be striking with a lighter R1 or stronger R2 attack, blocking with L1, or parrying with L2, the videos give more specific examples of timing cues in real time.

This allows players to learn at their own pace and removes some discouragement from repeatedly dying. One common thread in Souls game is that while it’s tough as nails at its core, it’s also fair. There’s always a chance to succeed in a battle, but it requires mastering defense instead of purely focusing on offense. An offensive-minded approach can work in small doses but not throughout the whole game. Weaker foes are great for testing different weapons because there are have several different options for each. The basic sword can be swung, stabbed, or turned into a two-handed weapon, which deals more damage but limits defensive options. There’s an ever-present risk/reward system in Demon’s Souls that influences every decision.

From an accessibility point of view, the videos definitely help overcome some hand-eye coordination barriers thanks to showing the proper timing for defending or dodging attacks, but aside from that, the fine-motor accessibility side of things is tricky. On one hand, the videos themselves are fantastic to learn timing, so if the player’s impairment is relatively minor and impacts finger movement and speed, learning better timing can help to compensate. On the other hand, the majority of fine-motor impaired gamers will not be able to play Demon’s Souls without almost constant assistance due to the precision and timing needed to overcome the punishing combat. An auto-block or auto-parry option would be extremely helpful to mitigate some of those barriers, but many of the boss fights would still remain quite difficult.

Including something like auto-attack would be a bit much, but since the game already has videos showcasing how it’s best played, it would be nice to see that concept taken a step further. Having an option like a lot of the past decade’s Nintendo games where the CPU plays through combat and allows the player to jump in at will would be nice. That way, the experience is still immersive, and the player can do combat as desired as well as non-combat things like exploring the world and soaking in the surroundings.

Concerning the visuals, Demon’s Souls is a massive upgrade from the PS3 original. It supports a variety of color-blind options to ensure menus can be read easily, and standard settings like a contrast slider are present for a better user experience. There are subtitles for cutscenes and all other dialogue but no text or UI sizing options as of writing this review. Beyond the dramatic increase in environmental detail, the increase in shadow quality makes it easier to discern enemy placement, while the boost in lighting allows for better visibility in dark areas. This makes target acquisition more seamless and attack timing much easier. The vastly improved animation also helps in this regard, since movements are smoother and less jerky. It’s a gorgeous game, and I ended up almost looking forward to dying because I would inevitably see something new on my next attempt.

Audio presentation is top shelf in every way and makes use of the PS5 hardware perfectly. The DualSense’s speaker adds a surprising amount to the experience. Whispering winds play through it, while foot steps are supplemented with feedback on the left and right sides of the controller. It’s a small touch that may not wow someone reading the back of the box but will immerse players further into the adventure. Demon’s Souls soundtrack is ominous but still beautiful and makes the journey to eventual demise fun to listen to. A great pair of headphones helps a lot too, providing a better directional sense of where enemies are.

Overall, Demon’s Souls is a must buy on the PS5 and one of the finest showcases of the hardware we’ve seen yet. It combines a lot of DualSense speaker and haptic motor usage to enhance the experience, which makes it more enjoyable than it ever was on the PlayStation 3. It’s a tough game that absolutely destroyed me time and time again, but I kept coming back for more, if only to do a bit more damage to that boss than the last fight. The incremental improvement eventually leads to triumphing over adversity, and who doesn’t love to do that? It’s a great-playing, looking, and sounding experience. However, it does have some room for improvement in accessibility because it does lack a UI or text size option. The subtitles are great, and there are color-blind options, but most fine-motor impaired gamers will struggle to progress despite the inclusion of tutorial videos.