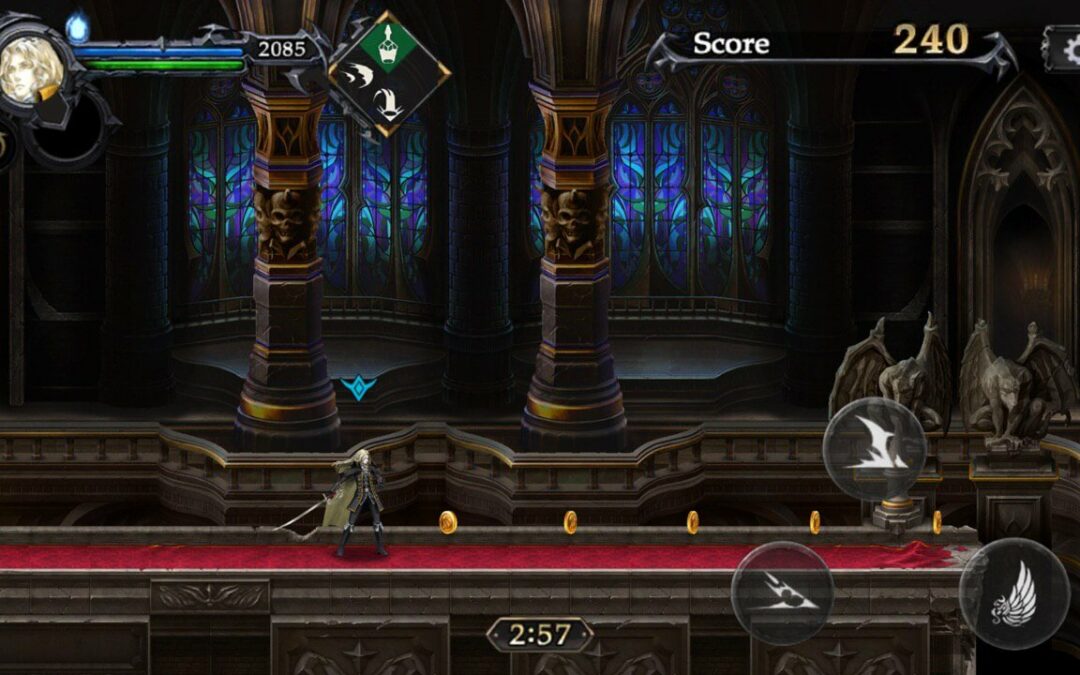 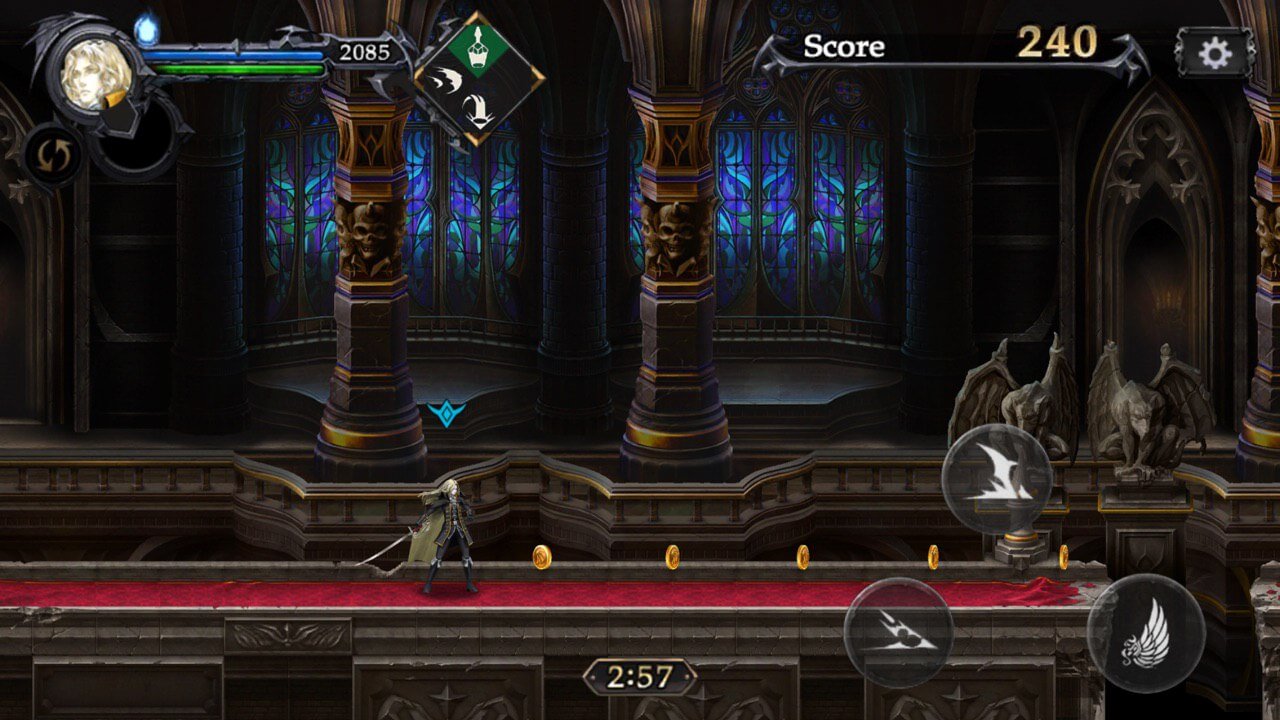 2021 has been a great year for Castlevania fans—not only bringing the Advance Collection to the PC and consoles, but also making the series more accessible than ever before thanks to a lesser-known title in the lineup. Grimoire of Souls was originally planned for an Android and iOS mobile release and got international beta testing before being cancelled. Surprisingly, it was announced this past summer as an Apple Arcade exclusive, and soon thereafter came the release of what is the most accessible big-name Konami franchise game in history. It’s a bit odd as a piece of historical reference, but it’s also impressive to see just how much effort was put into making the game easily playable in ways that I haven’t seen in action platformers.

Some entries in the genre, like Street Cleaner: The Game, have transformed accessibility by including quality-of-life features like invincibility or real-time difficulty changes. Grimoire manages to automate an action platformer in ways that haven’t been done before with something that seems pretty obvious: auto-battle. It’s a feature that can make the tedium in turn-based RPGs or even the repetitiveness of action RPGs into a thing of the past. However, it’s never really something we’ve seen in a platformer, and it makes a world of difference from an accessibility perspective.

Going into Grimoire of Souls, I was initially excited to try out a Metroidvania game with a turbo controller, in this case, the Pictek pad I reviewed last year and still use constantly. The thought process was that a fast-paced game originally meant for mobile may be prone to grinding and rather than punish my fingers, it would be better to just use turbo to get through the game and have more fun with it. While that still can come in handy for things like slicing up candles, the core game can be played with auto-battle turned on, enabling more attacks on a regular basis without having to worry about anything beyond traversing left to right and jumping up or down. This doesn’t make it a perfectly accessible experience for those with fine-motor impairments, but the core game is a lot more fun with it.

It takes the guesswork out of when to attack enemies while still allowing the player to evade attacks and move around, so it doesn’t completely automate the experience. While the usage of Igavania-era characters like Alucard may give the game an appearance of a game in that style on the surface, Grimoire of Souls is more accurately described as a series of set levels with a loose theme and goals attached to them. The menus and structure of the stages are far more mobile-friendly, which means that while there is a bit of platforming in the adventure, it’s never all that taxing on the player.

This is huge for this series in particular given how bad knockback has been over the decades and how frustrating that has made entries in the series for most players, let alone those with disabilities. Having platforming as a fairly small part of the game, and increasing the amount of action works so much better when the game has an auto-battle feature, and it really stuck out how much of an impact that can have after playing the Castlevania Advance Collection and seeing how much it lacked in the way of quality-of-life improvements. Auto-battle is a nice in-between for those wanting an experience that is playable but also automated so they can experience more of a game’s story or overall content.

Outside of being far more accessible from a fine-motor perspective, the bold menu design is fantastic for visual accessibility alongside a good level of in-game contrast. The UI has a bold blue main color for options with red as an indicator that is selected alongside large white text. It would be nice to have an option to change the colors to be a bit brighter, as some may find the default blue and red hues chosen to be a bit dark, but they still do make text easy to read for menus. Dialogue could use some improvement, as the spoken text itself is bright red, but the nameplate for the character speaking can be hard to read with its gold text on a black background. This area in particular is one where just having the ability to change UI colors outright would be big and would solve the problem of both slightly darker colors for the UI and the hard-to-read nameplates in one fell swoop.

The in-game graphics very much evoke the PSP remake of Rondo of Blood and use polygonal models for everything alongside a side-scrolling plane but with far more detail than we would have seen on a PSP. It’s kind of like if we got a Vita-only ‘Vania game with a mobile-centric menu system, and is fairly pleasing to the eye. Stages have a healthy amount of detail to them, and things like shrubbery help add a sense of life to the world while destroyed stone showcases just how much damage has been done to it over the years. Animation is also quite smooth when compared to the 2D games and is more in line with what we’ve seen in games like Bloodstained: Ritual of the Night where animations are realistic and yet not too smooth as to be hard to time.

On the auditory side of things, Grimoire’s usage of text-only dialogue helps ensure that players either with hearing or who are deaf or hard-of-hearing can enjoy the narrative equally. Some entries have relied on full voice over, but that isn’t the case here, and given that it rarely goes well for the franchise, it’s probably for the best that it isn’t featured in Grimoire. It would be nice if tone or inflection were noted for things like sarcasm or anger, but the wording itself usually makes that clear. The soundtrack is outstanding, and new songs from longtime series composer Michiru Yamane are included alongside classics to deliver a more fleshed-out audio experience. However, it would be nice if the music was described via captioning, especially for dramatic stings that are meant to punctuate boss battles, victories, and defeats.