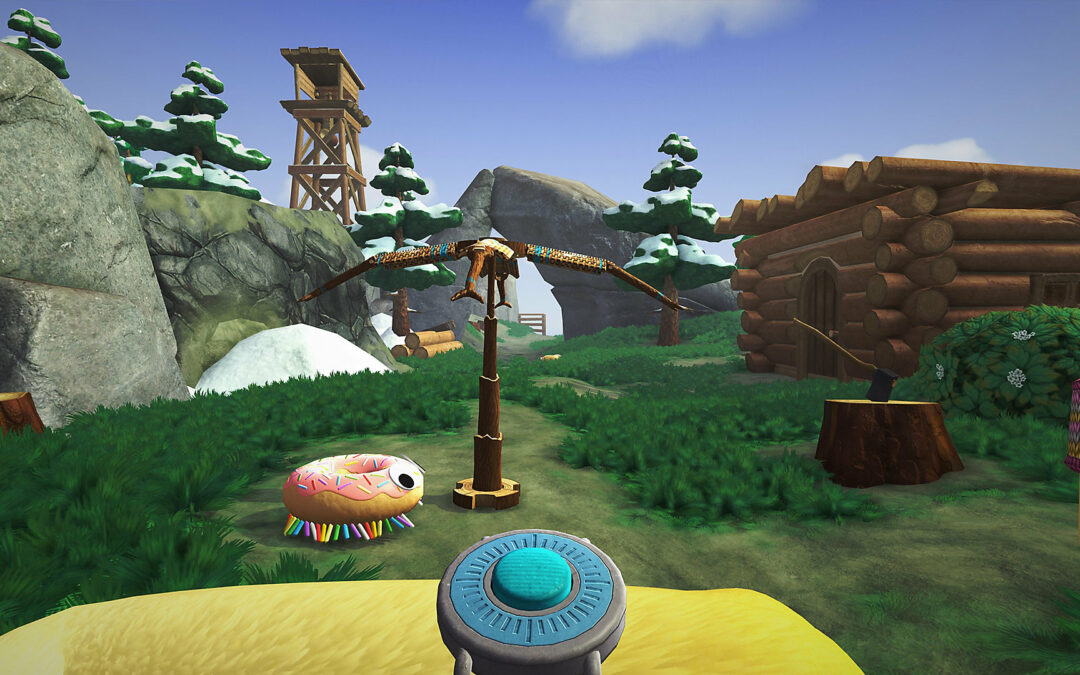 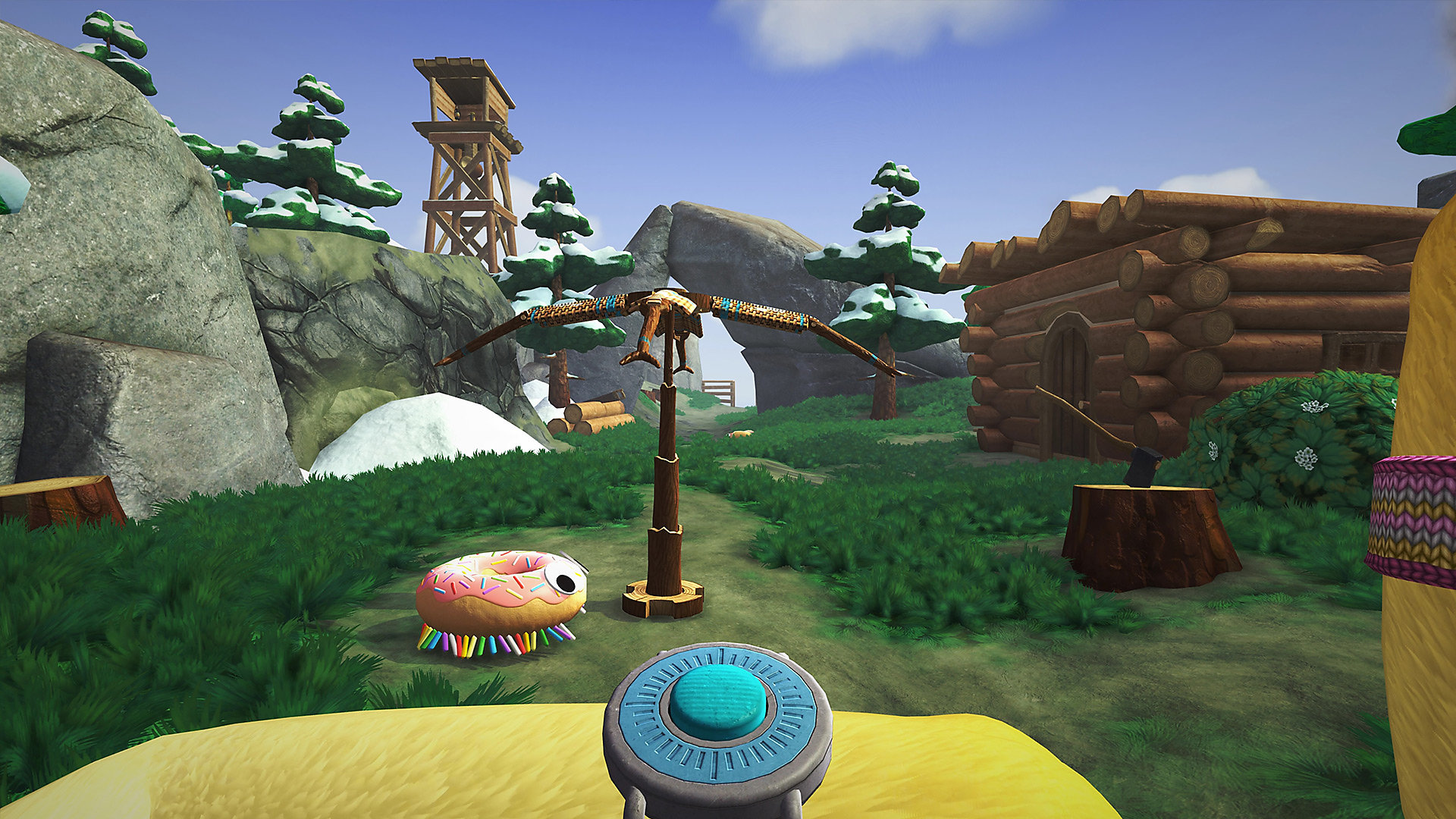 The PlayStation 5’s launch window lineup has been impressive, with a mix of exclusive games like the Demon Souls remake, cross-gen games like Sackboy, and Miles Morales showcasing that the next-gen hardware can impress. Bugsnax is in much the same boat but has such a unique premise that it’s a fairly timeless experience and, like Sackboy, isn’t going to be hurt much by being available for both the PS4 and PS5. Bugsnax isn’t just the game’s title—in the island of Snaxburg, they’re food. But, from the start, you know there’s something dark looming under the surface of its bright world.

Your journalist boss is a bit of a jerk right away and seems to want you to fail, so he lets you cover Snakburg after you get a video from Lizbert, an explorer who discovered the island and wants you to come and show the it to the world. The bugs themselves are half bug and half snack, including things like burger-bug hybrids, French fry-bug hybrids, and a whole slew of creatures that are essentially food with a slight catch. Whatever you eat will cause you to mutate and replace a body part with one made out of the bugsnack you ate. If you eat a fry, you may wind up with a fry leg or maybe a tomato-based arm. It’s a bit disturbing, but what’s weirder is everyone’s surprisingly cool with it.

It’s definitely the kind of game with a bright and colorful appearance, but it’s a bit of a misdirection play because the subtext is so dark and disturbing, and it only gets more nuts from there. Your goal is to get these creatures ready to eat by any means necessary, and they all have their own quirks to consider. You have a few tools at your disposal like a net, a trap, and even trusty ketchup. There’s a bit of stealth, a touch of FPS-style gameplay, and a surprisingly high amount of strategy involved in order to capture all the Bugsnax and complete all the missions the island dwellers have for you.

Each bug has its own paths and routines, and you can use your scanner with the right stick to learn about them and their preferred paths, adding a touch of stealth mechanics. You want to avoid as much contact as possible with the bugs because if you’re seen, they’ll scamper off, and some will hide. When they hide, it’s usually a matter of strategizing to get another bug to smack into your target, drawing it out. Fortunately, Bugsnax has a great tutorial that shows you the ropes and guides you along to get the hang of everything before leaving you to your own devices. It’s smartly designed because while it won’t tell you how to do everything, you’ll only have access to a set number of items, tools, and bugs in a certain room.

Right away, this shows you that whatever you need to capture can be captured with what you have. If you have ketchup, a trap, a goal to get one enemy, and another enemy you’ve never had to capture before, you know that to get the new enemy, you’ll have to use the old one somehow. The Bunger is a perfect example because you can’t rely on traps because it’ll knock them over, and it hates ketchup. So, the tips you’re taught early on don’t fully apply here. However, because you know it tackles anything in ketchup, and all you have around you are other bungers, you can deduce that you’ll need to cover one in ketchup and have it knock into the other one. It’s a smart design and very much like a point-and-click game that gives minimal clues to progress.

Visually, Bugsnax has a bright, vibrant art style and uses a lot of detail in facial expressions and the general tone of the overworld to tell its tale. You may wind up with a dark, foreboding scene to get across a spooky vibe, but then a bright, idyllic setting is there to throw you off the scent. There’s an undercurrent of weirdness going on at all times, and it’s showcased nicely by the beautifully detailed graphics. Well, for the most part. The skies look rich with detail at all times of day, and lip syncing is well crafted and on point. The environmental textures on things like walls and mountains can be a bit muddy up close, and that’s quite disappointing on the PS5. Hopefully that’s something we see ironed out in time.

From an accessibility point of view, Bugsnax excels in some areas. The large balloon-style text has a rich contrast with white against several other colors, so it’s very easy to read. All the dialogue plays out with the same text style as well, and it’s all synced nicely to allow a more natural flow in conversation. The soundtrack ranges from bombastic to joyous but does lack any form of captioning, which will get in the way of someone with hearing impairments trying to get the full audio experience. The controls are a mixed bag when it comes to accessibility as well. While Bugsnax is on both PS4 and PS5, and both support gyroscopic controls, they aren’t used here. This means that if you have issues using both sticks at the same time, you’ll probably encounter a few barriers because it controls like an FPS. It also has radial menus to bring up with the bumpers, and the R3 button is the key to scanning bugs and items.

Bugsnax is a strange, beautiful journey that explores themes of deception, acceptance, hope, and loss, all in a bright veneer that beguiles the darkness contained within. It may not be the prettiest game on the market, but it is a lot of fun and an adventure that rewards deductive reasoning while always nudging players in the right direction without being overbearing. It controls nicely if you don’t have any fine-motor impairments, but its reliance on twin sticks is disappointing given it’s on PlayStation hardware with gyroscopic aiming available that could in theory make it easier to control. This is something that could be patched in, but as of the game’s launch window, it isn’t. It is very accessible visually and from auditorily thanks to large and high-contrast text that makes it easy to read and understand everything. Other than lacking captioning for the music, it’s a very accessible game in those regards. If you’re in the market for a different kind of adventure and enjoy dark humor, you will probably enjoy Bugsnax, as long as you can get past its fine-motor issues.