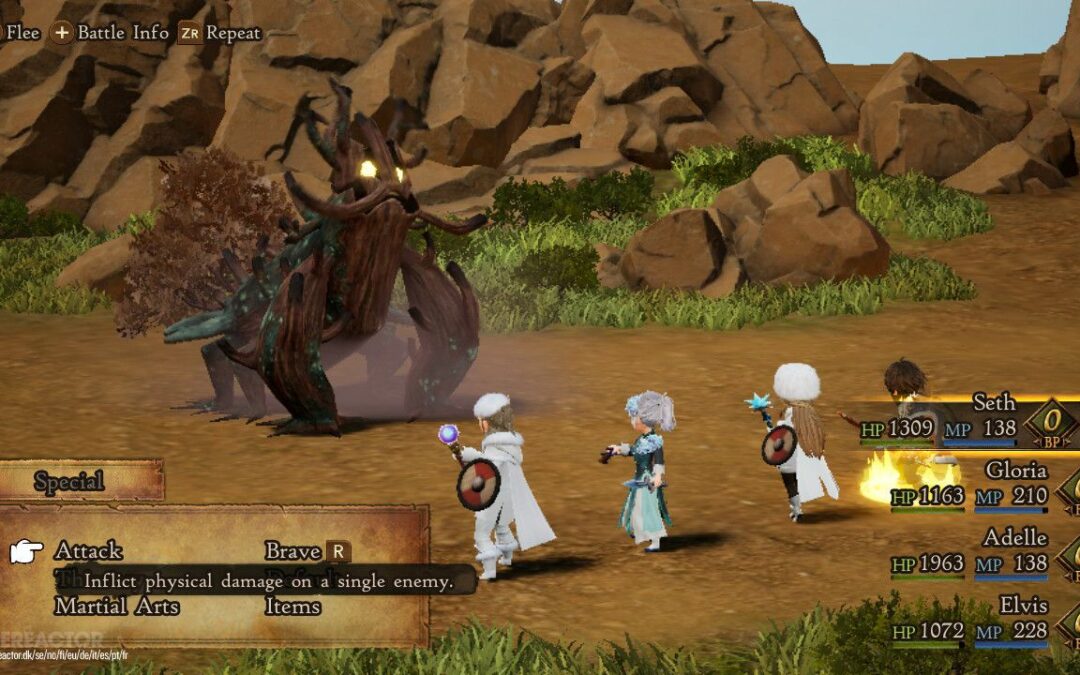 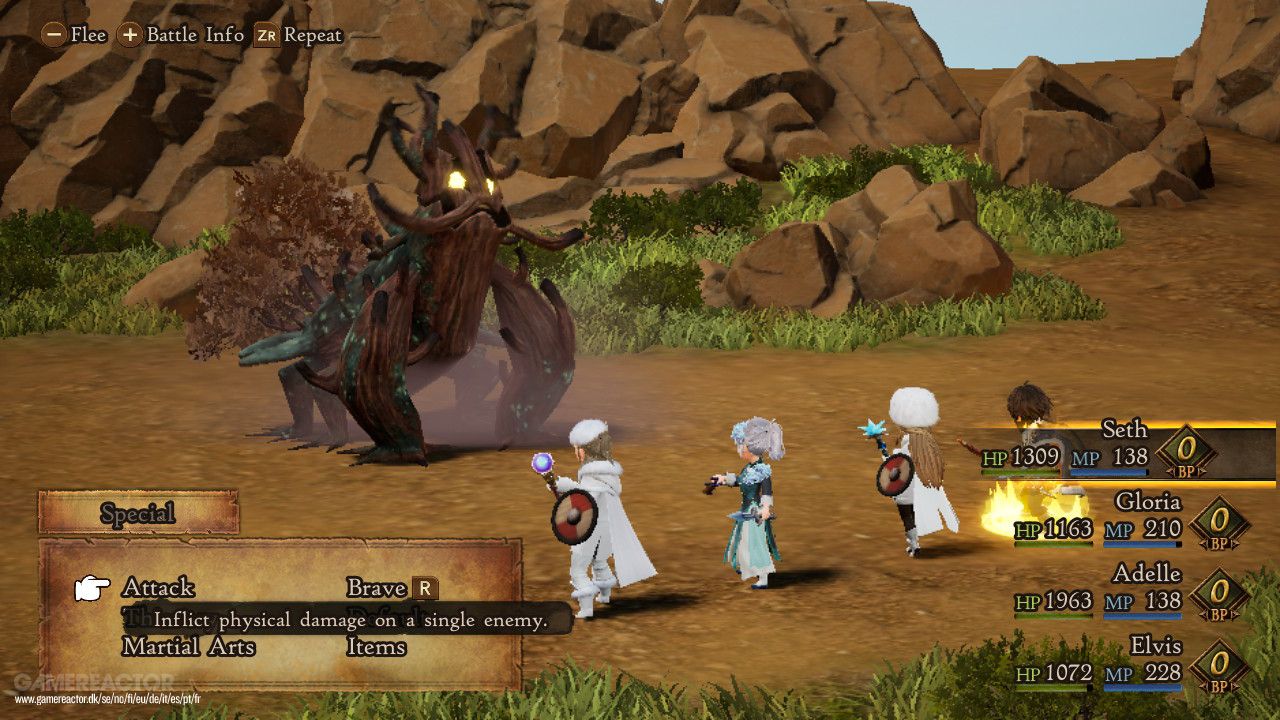 The Bravely Default series began as a spiritual successor to a lesser-known Nintendo DS entry that used both turn-based combat from earlier mainline Final Fantasy games and a revamped job system from Final Fantasy V that was later adapted for Final Fantasy Tactics. Bravely Default takes place in a different universe than any Final Fantasy but has a shared game feel to earlier FF games, where they might be in different worlds, but the gameplay is similar enough that players can jump from game to game easily. There were two 3DS entries that featured a gorgeous art style but were held back by only being available on the 3DS. While they were a lot of fun and offered enjoyable stories, limiting them to small screens made them hard to enjoy.

Bravely Default II is available on the Switch, and its story brings a slew of evildoers into the fold but doesn’t give them much depth. The team members do get a bit more depth thanks to overworld conversations, which help flesh out not only who they are, but how they feel about one another as the battles get harder and their bond faces more obstacles. While the story has its ups and downs, there’s a core good-versus-evil theme that remains fairly engrossing from beginning to end thanks to the cast you meet along the way.

Whether it’s a kindly old lady who helps the protagonist, Seth, at the beginning of the adventure by offering to repay him for saving her life or various enemies who tell tall tales of their exploits to try and intimidate the player, there’s always someone new to encounter along the journey that adds layers of depth to the world. Whether they’ve been affected by battle or are just trying to live their lives normally amid chaos, a lot of NPCs have a sense of character that is rarely seen in JRPGs. It’s one thing to do this for characters engaged in combat, where players naturally want to know more about them to get a handle on how they tick, but it’s another to do world building at this level to ensure care is taken to make the world seem like a living, breathing environment and a place where actions have consequences.

Default II brings back the same blend of offense and defense with the Brave/Default battle setup. With each turn players can choose between the two, and the brave option has each character take multiple turns in one go, but they lose out on future turns. This means that if you’re in a boss battle, players lose chances to either heal or deal damage, but for random encounters, it can be an effective way to slay enemies quickly. Brave is great for the offensive approach, while default allows you to skip a turn and stack them up for the future. This means that if you have a battle going in the wrong direction, it may be wise to select brave with healers and default with damage dealers until they heal up and continue the attack.

Like the Tactics games before it, the job system also changes how players can enjoy each character. Just because someone starts off as a healer doesn’t mean they’re stuck on that path. You can change their job class and even make them hybrid characters. Having this freedom to experiment allows you to make even the lowest-stakes battles feel more important.

Like the best games of today, Bravely Default II winds up being quite accessible both from a general gameplay perspective and also from a disability perspective right out of the gate. On the visual side of things, the game uses large character models on the left and right sides of the screen, using the center to showcase large text for dialogue. This means the game is quite playable both in docked mode with a big screen and on the go in handheld mode. The detail in the character models also makes it easier to get a sense for who’s on the good and bad side of the story, with body language playing a role during dialogue.

In terms of audio, the booming dialogue is easy to hear, and the soundtrack’s melodic tones fade into the background when needed to let the dialogue set the stage. Everything is synced nicely, and there aren’t any weird breaks in the pace between the spoken dialogue and its form, which can sometimes happen in other JRPGs. Bravely Default II is a fine example of a game that manages to blend both auditory and visual accessibility together in a way that allows it to be easily accessible in both areas because of how they’re executed. The visual accessibility ties into the audio side, which brings us to how well-crafted the game is for players with fine-motor impairments.

Movement is controlled with the left stick, and the face buttons control combat. The Y button is used in the overworld and dungeons to get a jump on enemies when they’re visible. This is one area that could be more accessible, since your timing has to be dead-on to land the shot, and failing will put players at a disadvantage. Thankfully, the bulk of the action doesn’t occur this way, and during combat, players can fast forward the action to cut down on grinding and don’t have to worry about timing-based decisions for things like avoiding damage or dealing more damage. As long as players can move the stick around and use face buttons, they can succeed, but it would be nice to have an auto-attack option for the overworld/dungeon attacks, and an auto-battle system wouldn’t hurt either.

Overall, Bravely Default II is one of the Switch’s finest RPGs and the best 3D JRPG on the platform yet. There have been some great genre favorites released during the Switch’s lifetime, from classic Final Fantasy games from the PS1 era to more modern games like Octopath Traveler, but nothing quite captures the feeling of what a modern-day top-notch JRPG should be like Bravely Default II. It looks great, plays like a dream, and has been designed from the ground-up to be fairly accessible without needing a lot of options to do so. The core experience uses bold text and large character models to help with the visual side of things, while voice work and the large text make the story easy to follow. It’s a turn-based game, so the fine-motor aspects are solid outside of the few action-centric portions of combat in the overworld and dungeons. There’s some room for improvement there, but out of the gate, it’s a fantastic game that almost anyone can thoroughly enjoy.