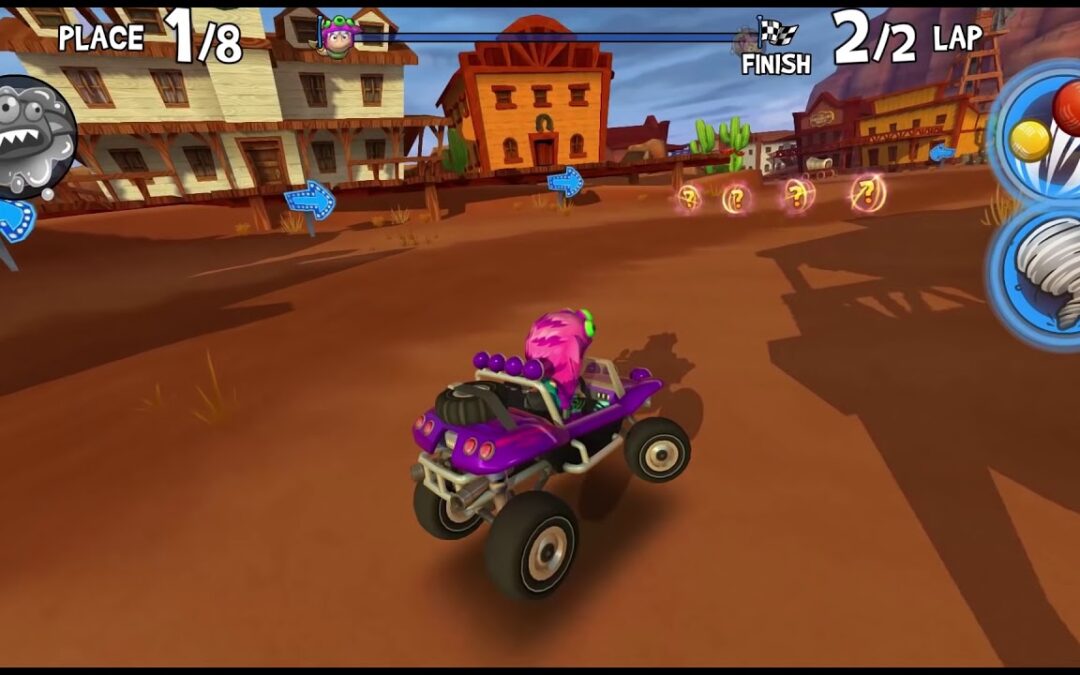 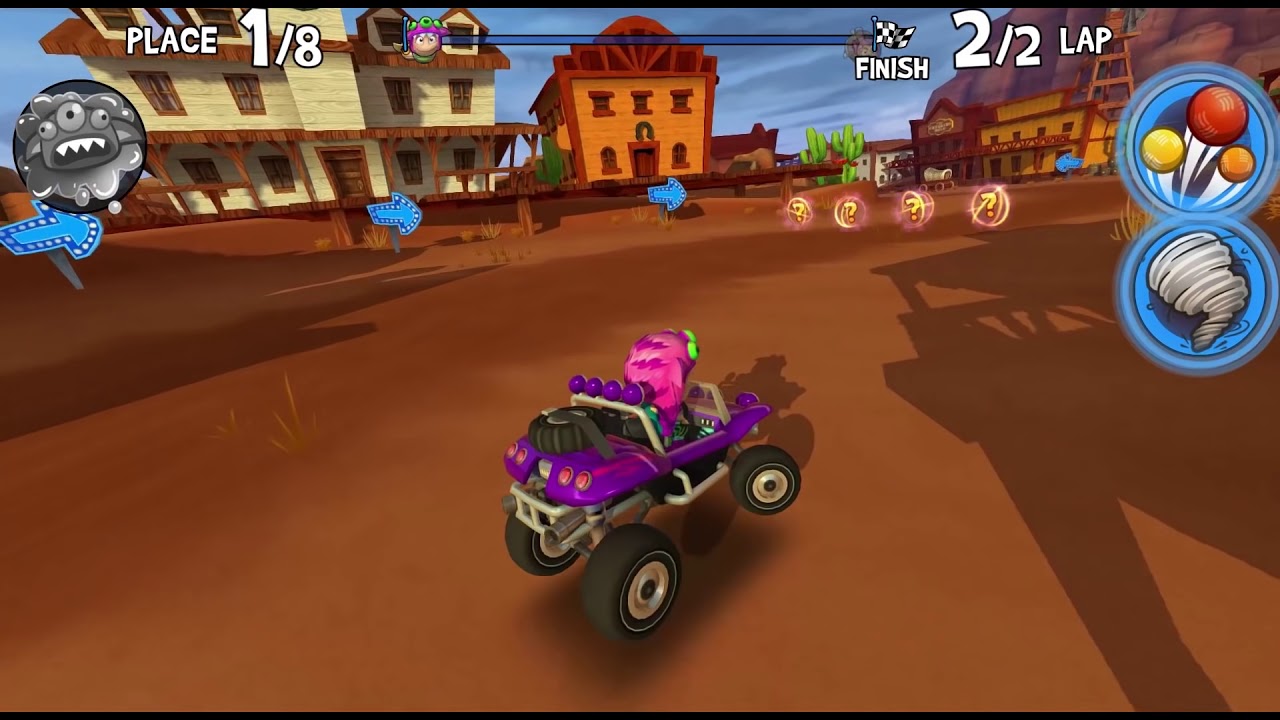 Since its creation over 30 years ago, kart racing has been a popular way to blend combat with more traditional racing games, but it can be a mixed bag when it comes to being accessible. The recent Nick Kart Racers 2 was a solid effort, but it fell a bit short in the audio/visual side of things. Vector Unit has some experience with the genre and has created some of the decade’s best arcade-style games on both consoles, PC, and mobile devices. Between Hydro Thunder Hurricane on Xbox One and PC and the Riptide GP games on consoles and mobile, their experience has made them into one of the best low-key racing game developers in the industry. They aren’t usually thought of when players think of great racing game developers, and yet they haven’t released a dud yet.

Beach Buggy Racing was a solid kart racer but one in need of a bit more content to feel like a console-level release. The sequel fixes that problem by giving players over 20 tracks to enjoy alongside something that isn’t normally seen in kart racers, a variety of marathon modes. These allow you to enjoy either an eight or a whopping 24-race event. There are mystery cups that blend in either four or eight different tracks, so there’s a lot of variety in terms of how tracks are presented. I love the variety of cup types with various themes—from icy stages to flame-filled ones, there’s a feeling of cohesion across the cups that helps make going from cup to cup feel like a bigger accomplishment.

Despite its name, Beach Buggy Racing 2 features a wide variety of vehicles beyond simply beach buggies, which is both odd and pretty cool. Players can choose from trucks, cars, sports cars, and others to see which kind suits their play style. Each of the fourteen drivers plays the same in each vehicle but has different special attacks or power-ups that can be used twice per race. Some of them are offensive and will do things like send a barrage of carrots towards foes, while others will act as guaranteed turbo boosts and can be game changers during the final stretch of a tight race.

The core gameplay is fairly similar to the first Beach Buggy Racing, so players can look forward to fast action when it comes to both racing and using and avoiding power-ups. The kart racing is improved, and power slides are a lot tighter and feel better than the Sonic kart racers we’ve seen over the past 10+ years. Vector Unit’s games are usually good, but this one plays better than anything they’ve done before, including Riptide GP 2, which is one of my favorite wave-based racers. Like their other efforts for mobile devices, Beach Buggy Racing 2 has an “HD Gamecube” kind of look, with a style that’s visually sharp but looks old, somehow still working well.

On the accessibility side of the ledger, Vector Unit’s latest game is great from a visual perspective thanks to its usage of bright colors for everything. The environments look impressive, and bright button prompts help ensure that players never forget which face button activates a particular power-up. The large menu text and bold colors also make it easy to navigate menus, and this is one area where it benefits from its mobile roots, as mobile games generally have gigantic text and bold colors, making the game quite accessible visually without really trying. The use of button prompts for each power-up is nice and something other games should include more frequently, as it makes it an easier game to pick up and play at any time, including for new players or those who wouldn’t normally try out a kart racer.

In terms of audio, the story mode is told completely with text bubbles. They’re large and easy to read thanks to a sharp contrast in colors, resulting in another benefit that helps both the visually and auditory impaired. The soundtrack itself is decent but is hurt by a lack of variety. It would be nice in theory to have a description of the kind of music playing, but given how chaotic the action can get in a kart racer, it’s probably best that it isn’t done here because it could easily overload the already busy screen.

From a fine-motor perspective, this is a rare modern-day racer with d-pad support, and that makes a big difference in execution. It may not seem like a big deal, but the use of a d-pad means players can move the kart around and backfire its projectiles with less finger movement, so if a user has issues with joint mobility, it’s a huge help. It also doesn’t hurt that it shaves small amounts of time off the action of using power-ups, since players will be doing that a lot, and the time can really add up when properly timing a projectile can mean the difference between a first-place finish and third. Having the combat focused on the face buttons is nice, and the analog triggers allow for finer control when accelerating and braking.

While Beach Buggy Racing 2 may not be the best kart racer ever made, it may very well be the most accessible. Its mix of projectiles, many different vehicles, weapons, and cup variants keeps things interesting even with some lower-quality graphics than its peers. Its use of brightly colored button prompts makes its core action easy for the visually impaired to enjoy, as does the large, bold graphic options for menus. The large text for the story mode makes it easy for the deaf and hard-of-hearing to enjoy the narrative, while the inclusion of d-pad support for movement should make for a better experience for someone with a fine-motor impairment. It’s a fantastic pickup for anyone looking for a new kart racer, and it’s one of the few that really winds up playing well from an accessibility perspective.