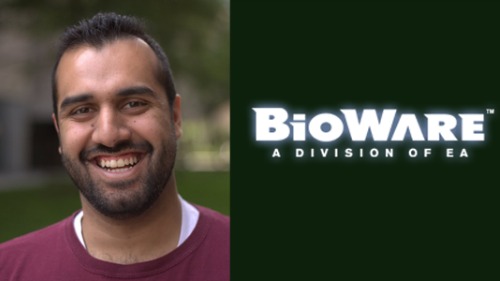 As originally reported by Charlie Hall of Polygon and Dennis Scimeca of GamesBeat, Mr. Heir both addressed the social injustices within video games as well as offered potential solutions. Mr. Heir explicitly clarified that social injustice within gaming is not limited to a particular minority but includes “misogyny, sexism, racism, ethnocentrism, nationalism, ageism, ableism, homophobia, transphobia, queerphobia, and other types of social injustice.”

In his talk he reviewed how underrepresentation and poor representation negatively impacts minority communities by reinforcing negative stereotypes that players internalize either regarding themselves or how the players view members of the minority groups in their lives. Additionally, he challenged the commonly held rules that games based on women characters don’t sell and the claims that underrepresentation of minorities is justified because games are a representation of the real world.

Mr. Heir contended that the widespread belief that games prominently featuring women don’t sell well is not due to the women characters but a result of a lesser marketing budget. He argued that if sales are a driving force behind character design then a survey conducted by Ubisoft about players’ expectations showed that today’s “teens and tweens” require diversity and inclusivity in games.

Additionally, Mr. Heir refuted the argument that social injustices in games accurately represents modern day society. He argued that the majority of games are fantasy therefore “It’s fantasy. You can make the rules literally whatever you want.” Further, he reasoned that even games based in history are interpretations of a historical time period.

Finally he offered two games that not only addressed social injustices in the narrative but included the theme of social injustice in the gameplay. Mr. Heir cited Assassin’s Creed III: Liberation and Papers, Please as prime examples.

In Assassin’s Creed III: Liberation, the protagonist, Aveline de Granpré is a biracial women who can racially pass as either French or African. The gameplay utilizes the concept of racial passing by giving Aveline personas each with unique gameplay that’s representative of whether she is a French noblewoman or an African slave.

In Papers, Please the player is tasked as a border guard who must follow the rules and control peoples’ entry into Arstotzka, a fictional country with a totalitarian regime, based on ethnicity. Most importantly, the act of playing the game showed Mr. Heir, “…why I often feel racially profiled and targeted, and how the system and the rules those agents are under contribute to that, instead of necessarily being a moral failing on an individual agent.”

He ended his presentation asking all creators of all game types to seek solutions for social injustices depicted in gaming rather than perpetuating the underrepresentation and negative representation of all minority groups.

Disabled gamers certainly want not only increased representation but more diversity in the representation of disabilities in video games. We all have additional identities in conjunction with our disability. Fighting for increased awareness and inclusiveness in gaming for all types of social injustice gives us all better representation in gaming and ensures that all are included.