A Disabled Gamer’s Time With The Xbox Consoles 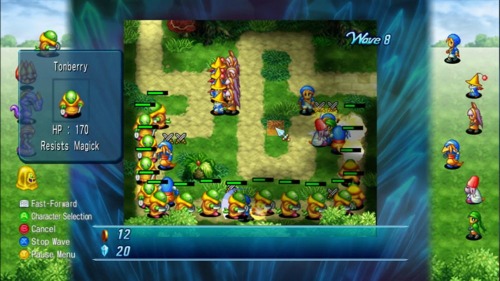 The Xbox and I share a kind of kinship. The Xbox was the gateway into online gaming for me. So many YouTube ads were popping up like operatic confetti that looked very catchy, so I was hooked from the word Halo.

In its infancy, able-bodied friends and I sat side-by-side taking cover behind rocks and taking point in Halo. I taxed my brain with Oddworld: Munch’s Oddysee, relaxed with a gaggle of friends with Fusion Frenzy, and fell in love with Star Wars: Knights of the Old Republic.

The controller was something different and yet it worked. The joysticks were a new kind of precision, making shooting games a lot easier than they were before. The first Xbox provided me hours of entertainment and endless supplies of “OH MY GOD this is cool!” sentiments dribbling out of my mouth.

While the Xbox One will be the end of my Microsoft gaming regimen because of the emphasis in Kinect and voice commands, there’s still some great moments with Xbox that I have had over the years. Some were true video game moments, where I didn’t use cheat codes in order to unlock something or get the one up on my buddies. Others were games that I will never forget, such as Oddworld: Munch’s Oddysee with cute characters and difficult puzzles that introduced me, in many ways, to the world of levers, doors, and brainteasers.

There are a lot of golden accessibility gems in the first generation machine and in the 360 generation. One of which, I found the other day as I was browsing the Xbox store on the computer.

Upon first glance it looked like a basic puzzle game. The title, Crystal Defenders, sounded like a play on words with a hint of puzzle mechanics. I downloaded it for a whopping $4 because I love catchy titles that happen to be on sale, and figured that I just stepped into something bleak and trite.

The menu is what first shocked me. Usually developers make a habit of designing their menus as small as possible, sometimes even including with waving animation and poor contrast. This game however, didn’t make it to the trendy video game sector. The menu had really easy to read text and it sported enough contrast to where I didn’t have to develop a new kind of squint in order to read the menus.

Wondering what this game was about, I figured that I’d jump right in and start playing having no prior knowledge of the options menu. I chose the first stage, and I was off to the races, my brow furrowed in utter anticipation.

Immediately starting out I knew three things. This game didn’t have a story. It was a tower defense game, and this seemed to be Final Fantasy encased in a tower defense skin. The classes of characters I had at my disposal were Thieves, Soldiers, Black Mages, Time Mages, Archers, Dragoons, and Tinkers. Each with their own strengths. It was as if I were picking different kinds of Pokémon, something my strategic mind loved doing.

Since Crystal Defenders didn’t have a story I opted to make one as I destroyed Final Fantasy baddies before they reached the other side of a set grid. My band of misfit soldiers, consisting of a few men from different classes had to protect the entrance to their base because my soldiers had found a cure for fascism but someone tweeted their discovery, including the hash tag epic within the tweet, and now the entire Final Fantasy faction was marching to steal the discovery and then loot my soldiers of their boy band CD’s. Even though the story I created didn’t fall within the Final Fantasy universe, I stuck with it, plot holes and all.

I didn’t even get past the first level to try and develop the rest of the story or fill in my own plot holes. But it wasn’t because the game was inaccessible. The game is very much accessible. Controlling a mouse pointer with the Xbox analog stick or D-pad, I was to place my genius soldiers in strategic locations so that they would automatically attack any enemy that they could reach, gaining money with each kill to buy powerups.

The reason why I couldn’t get past the first stage – even though all of them were open and available for me to try, was because I could never make it through all the waves of enemies. No matter what strategy I implemented, pitching my soldiers out in front to swing the first blow and then back it up with a platoon of archers, or having the archers’ fire first and then leaving thieves to steal even more loot from the baddies, I always didn’t kill all of the waves.

The beauty of the gameplay doesn’t lie within the plot-holed story that I concocted, or any challenging button mashes or scavenger hunts, or lines of dialogue the deaf have to read with subtitles. This game by Square Enix stretches the boundaries of your critical thinking ability to new distances with an accessible point and click interface that emphasizes your mind, not limbs.

I became so engrossed, and annoyed that I just couldn’t get the right strategy down to beat the easiest stage but won the harder stages, I spent days playing this game, leaving my other downloadable content jealous of the attention.

Even though Microsoft is bulldozing to a reality where Hal will be sitting in your living room playing your games for you, there are still wonderful Microsoft moments to live, even today, and Crystal Defenders is definitely a memory with a controller that you won’t want to miss because voice commands and motion sensory just won’t turn this game away from the accessible example it is now. Voice commands and motion sensory will remove some of the precision that the Xbox analog sticks have already. The mouse curser chooses classes and locations to defend an accessibly memorable experience and that kind of accuracy will never be achieved if this game were to be operated with motion controls and voice commands.