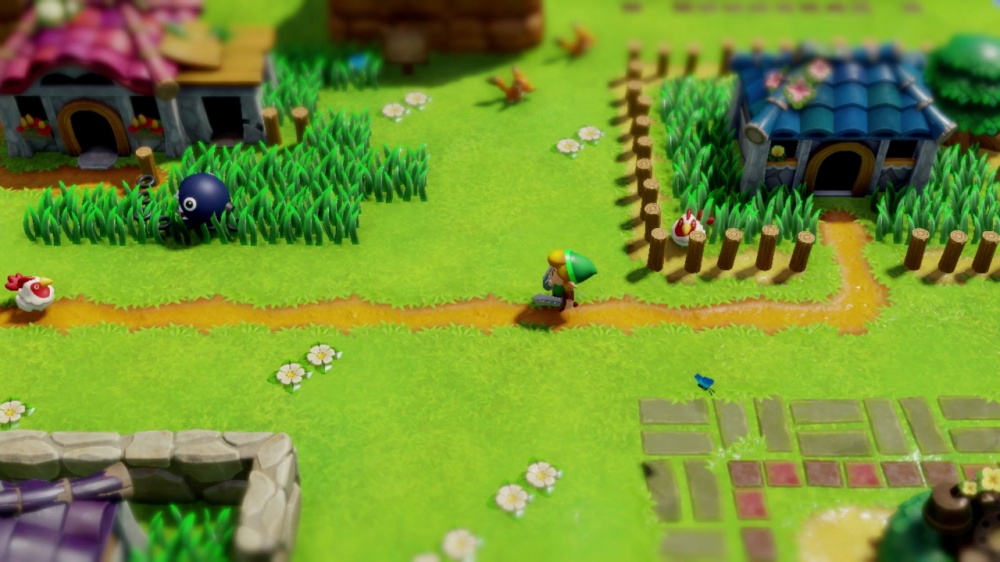 As a company, Nintendo seems to value innovation above all, which has often meant accessibility is omitted in the development process, probably most prominently in the critically acclaimed The Legend of Zelda: Breath of the Wild. So, when I heard that they were rereleasing Link’s Awakening in full 3D glory, with graphics and controls optimized for the Switch, I didn’t have high hopes. In a lot of ways, The Legend of Zelda: Link’s Awakening represents a step back for Nintendo when it comes to accessibility. Not a step away from accessibility, but a step back to a simpler time when games were more accessible due to their inherent nature.

To begin, I’m a little over 10 hours into the game and I have not seen anything that requires the ability to hear to progress. It’s true there are sound cues that tell players if a chest is hidden in a particular room within a dungeon, but these are accompanied with a compass icon once players acquire the compass early on in each dungeon. Because I was playing this game primarily at my home, I played a large portion with the sound off to avoid disturbing others, and at no point did I feel like this was a detriment.

The case is much the same for those with visual impairments. The game’s art style itself makes it highly visible, minimizing the need for keen eyesight, at least when playing on a TV. There is color coding found in the rupees (in-game currency) based on their value as would be expected in a classic Zelda game, but since it is never detrimental to collect every rupee you see, not knowing the precise denomination is not much of a barrier.

The only real accessibility problems I’ve seen are in the area of fine motor. This is a classic Zelda game after all, which means that to some extent, both timing and precision are necessary to progress. What surprised me is how easily I was able to make it through the first 2 dungeons, which is as far as I got through before writing this review. At this point, I have little doubt that with a bit of persistence and minimal help, I will be able to finish this title, but I believe that’s not going to be the case for most fine motor impaired players. This is due to the fact that Link’s Awakening, like many of Nintendo’s other first party titles, has no controller customization baked into the software. It’s true that there’s a certain amount of flexibility in the hardware, since players have several different controller options to choose from. Personally, I played on a wireless GameCube controller, but it would be nice see Nintendo put more effort into this most basic of accessibility features in the future.

On the whole, I was pleasantly surprised with the accessibility of the Switch release of The Legend of Zelda: Link’s Awakening. For those of us who were unable to play Breath of the Wild, it represents a welcome return to the classic Zelda formula that is more accessible than more recent and innovative titles.