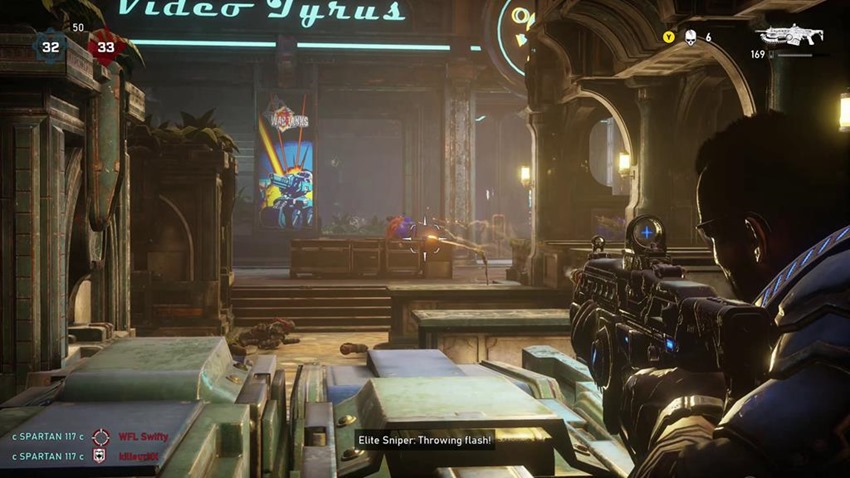 Perhaps the most surprising nominee for the 2020 DAGERSystem Diamond Award is Gears 5. When compared to our review of Gears of War 4, it almost seems like the games exist in two different universes. It’s as if The Coalition systematically addressed nearly every accessibility concern we brought up to the highest degree. Software-based, fully remappable controls, multiple color-blind modes, and the option to choose the type of quick time event you prefer are only the starting point. The most impressive accessibility feature in Gears 5 is the subtitles. While communicating dialogue via text is a given for most AAA developers, The Coalition has taken a quantum leap in defining what makes for effective subtitles. Not only can they be letterboxed and rescaled, but they also feature context tags to clue hearing-impaired gamers in on unspoken sound elements that are so critical to getting the dramatic feel of each scene. Cues like “in pain” or “angrily” indicate the tone of the dialogue, while cues like “music intensifies” give the player an additional layer of understanding and immersion that has hitherto been denied them by most games. It’s encouraging to see a landmark franchise like Gears of War not only take accessibility seriously but also seek to redefine what is and isn’t accessible, and it’s for this reason we’re nominating it for our 2020 Diamond Award.